PNC Bank has a long history of providing great customer service. Now it also offers as app, Virtual Wallet. Find out all the details in our PNC Bank review.
Advertising Disclosure.

PNC Bank has a long history of serving customers from its branch offices in the eastern U.S. But the bank is also available across the country thanks to its online banking platform, Virtual Wallet®.

The online banking industry is hotly competitive. How does a “hybrid” bank with one foot firmly planted in a brick-and-mortar business model and the other on the digital cutting edge stack up? Let’s take a look with our PNC Bank review.

When it comes to Products & Services, PNC Bank offers a fine selection of checking and savings accounts. For Interest Rates, you won’t be particularly wowed by what PNC Bank has to offer. Rates are decent when compared to brick-and-mortar banks but fall far short of what you can earn at an online-only bank. Although you will find some Fees & Charges at PNC Bank, there are plenty of ways to have many of them waived. However, note that unless you have a Performance Select checking account (and live in PNC’s targeted region), you’ll have to pay fees for ATM use. We do give PNC Bank strong marks for its Website/App, Virtual Wallet. It’s a great way to check out what’s going on with your money. Finally, when it comes to Customer Service, we love that you can give them a call 24/7 or pop into any PNC Bank branch.

1845 was a long time ago. California belonged to Mexico. Texas was a country. Abraham Lincoln was a newlywed, and if he were reading a bank review after dark, it would have been by candlelight.

That spring, the Pittsburgh Trust and Savings Co. got off to a rocky start. A fire destroyed a third of Pittsburgh, and it took seven years before the new bank actually started doing business.

Mergers and acquisitions over the past four-plus decades have expanded PNC Bank’s national presence. If you live between New York and Saint Louis or between Michigan and Miami, there’s a good chance PNC Bank has a branch near you.

What PNC Bank Offers Its Customers

As the nation’s sixth-largest bank by deposits and its fifth largest by number of branches, PNC Bank brings credibility, availability, and stability to the table.

Those are important words, and they alone may get PNC Bank onto your shortlist. But where you bank can impact your life every day, so let’s take a closer look at how PNC Bank works.

First, we’ll check out the bank’s checking and savings options, then take a closer look at Virtual Wallet, which combines accounts and services in a unique mobile interface.

Let’s see how they compare on important issues such as fees, interest rates, and minimum balances.

All three PNC Bank checking accounts require a $25 minimum deposit to open the account. They all charge fees, but the fees are easy enough to waive:

Alternatively, you can check out one of the many fee-free online checking accounts available today.

PNC Bank charges $36 up to four times per day for each overdraft. In addition, the bank will also charge $7 each time your account remains overdrawn for five or more consecutive days. This fee caps out at $98.

Connecting a savings or another checking account to prevent overdraft charges avoids being charged interest, which varies from state to state but is usually around 10 percent for overdraft lines of credit.

Wherever the money comes from, PNC Bank will charge $10 for each transfer to cover an overdraft.

Of course, the best solution is to avoid overdrafting your account in the first place. If that’s an issue for you, you can probably find a different bank with lower overdraft charges. Or PNC Bank’s Virtual Wallet can help you visualize your resources and avoid overspending. We’ll dig deeper into that service a little later.

Interest rates in PNC Bank’s checking accounts vary from state to state, but they tend to be minuscule. If you already keep a large balance in checking, you may as well be earning something on it by using an interest-bearing checking account at a bank such as Ally.

However, if you’re actively trying to earn interest on your balance, look into a money market savings account or an online high-yield savings account where you’ll do much better.

People who keep a smaller balance but use their checking accounts for day-to-day expenses can earn cash back through PNC Purchase Payback, a rewards program connected to a PNC Bank debit card.

As an account holder, you can choose from a variety of rewards offers online. Using your debit card to take advantage of the offer activates the cash-back reward, which appears in your account like an electronic deposit.

The key here is to find offers that match the way you already spend your money. If you stop at, say, Starbucks three mornings a week, activate that offer and start generating a little passive income on your habit.

The Perks of Having a Preferred or Select Checking Account

Most big national banks like PNC Bank offer checking accounts that have higher fees or require a higher minimum balance to avoid the fee. These accounts are usually associated with words such as “preferred” or “select.”

If you can’t maintain the minimum balance, it’s a no-brainer: Stick with the basic checking that charges lower fees or requires the lowest minimum balance to waive the fee.

But if you can maintain a healthy checking account balance, how can a higher-level account pay off?

If you use PNC Bank for checking, you’ll eventually need to use an ATM. With more than 9,000 ATMs and more than 2,600 physical branches, PNC Bank has an active physical presence in the 19 states it serves.

The bank specializes in placing ATMs in grocery stores and gas stations, too.

If you can’t find a PNC Bank ATM, the bank will charge you $3 per transaction. However, PNC will reimburse your non-PNC ATM fees for up to two transactions per statement period.

Note that if you’re a Performance Select customer, you won’t pay any charges for using non-PNC ATMs. In addition, the bank will reimburse unlimited non-PNC ATM fees.

PNC Bank has branches in the following states:

If you don’t live in one of these states, you can still bank with PNC Bank online or through its mobile app. You can also link your PNC Bank account to a bank account that has a branch near you, which makes it easier to access your money.

But for many people, banking involves personal relationships that require a branch with employees nearby.

PNC Bank keeps it simple with savings accounts, offering only two options. But it makes up for that with a wide variety of CD products.

Savings rates at PNC Bank tend to be even lower than the national average, which doesn’t come close to the rates you could get at an online-only bank that specializes in high-yield savings accounts.

Standard Savings account holders with a balance above $2,500 can earn an interest rate that comes closer to the national average. But chances are you won’t be opening a PNC Bank account if your primary goal is to earn interest on your savings.

So let’s move on to money markets and certificates of deposit (CDs), which can earn you a higher interest rate.

PNC Bank also offers money market savings accounts. These accounts let you earn a little more interest than a standard savings account but are easy to access. This makes them a great choice for your emergency fund.

The trade-off is that you usually need to deposit more money than with a typical savings account. At PNC Bank, that amount is $100.

Currently, the PNC Bank money market rate is below that of Ally Bank, but you can boost your rate by linking your account with a Performance Select checking account and keeping a balance of $100,000 or more.

At just about any bank you can maximize your interest rates by committing to keeping your money in the bank for a specific period of time. You make this commitment by buying a CD.

Usually, the longer the commitment, the higher your interest rate.

Unlike most banks, PNC Bank offers a 10-year CD. If you can set aside $1,000 or more for 10 years, it can grow at a rate that’s closer to a current high-yield savings rate.

PNC Bank offers tiered CDs, which means its highest rates go to the most expensive CDs. However, the bank will occasionally offer specials that boost the rate of a shorter-term deposit.

If you’re looking for a specific kind of CD, you may find it in PNC Bank’s variety of options:

Savings rates, checking account fees, CD terms — these are all traditional ways of organizing your money, and traditional is good. It means banks have had decades or centuries of experience with the tools they’re using to manage your money.

But this is the smartphone era, so banks need new ways to help customers manage their resources.

PNC Bank’s Virtual Wallet interface has been one of the banking industry’s leading innovations over the past decade.

Fundamentally, the bank still keeps your money in traditional places — checking, savings, etc. You still earn interest on savings and pay interest on what you borrow.

Virtual Wallet just makes it easier to visualize what you have, what you’re spending, and what you’re saving.

You can use Virtual Wallet on a computer or a mobile device. Features include:

PNC Bank account holders can set up Virtual Wallet for free. However, the fees (and fee waivers) for the checking accounts listed above still apply.

In addition, you may be charged a variable fee if you write paper checks. If you still use a checkbook, contact PNC Bank for information specific to your location.

Here’s one great exception — college students can use Virtual Wallet accounts for free as long as they’re enrolled at a partner university. This makes PNC a great option for many students.

Who can benefit from banking with PNC Bank:

Who should look elsewhere:

You can find higher savings interest rates and lower checking account fees at other banks. Even PNC Bank’s best CD rates can be topped by online-only banks such as Barclays or CIT Bank.

However, PNC Bank does a lot of things really well, and if you’re looking for a full-service bank (and you live in one of the 19 states in which the bank has a physical presence), the bank is worth a closer look.

Not coincidentally, when you commit to PNC Bank by opening a variety of accounts, you’ll begin to tap into a greater potential for saving.

For example, multiple account holders don’t pay monthly fees and get discounts on a wide variety of services such as loan origination fees and cashier’s checks. 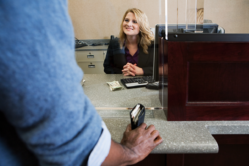