Home Primary What’s Your Value Proposition? What Skills and Value Do You Offer Your Future Employer?

What’s Your Value Proposition? What Skills and Value Do You Offer Your Future Employer?

As service members exit the military, one of the biggest challenges we face is finding post-military employment that is commensurate with what we bring to the table. We’ve often heard the story of someone who worked hard, networked well and found a job with great promise. A year later, that person is dissatisfied and feels…
Advertising Disclosure.

As service members exit the military, one of the biggest challenges we face is finding post-military employment that is commensurate with what we bring to the table. We’ve often heard the story of someone who worked hard, networked well and found a job with great promise. A year later, that person is dissatisfied and feels like they were sold a bad deal. From the employer’s perspective, that person is filling every single requirement for that job description. But, if that person’s resentment is great enough, it could spill over in the form of workplace friction, until one or both parties decide to part ways.

But is it all the company’s responsibility? Perhaps we owe ourselves and our prospective employers a more defined value proposition.

Although I’ve spent my entire adult life in the military, I was fortunate, and the Navy sent me to FedEx headquarters for a year. My entire job was to learn about FedEx and bring insight and experience back to the Navy. It was a great opportunity to learn about what post-military life could look like. I also met two retired senior officers who exemplify the extreme ends of how value proposition defined their post-military career satisfaction.

Colonel X: Settling for What “Looks” Like a Good Job

In my first weeks at FedEx, I met Colonel X. He was a manager in one of FedEx’s fuels procurement branches. He led a group of five to eight people in their functional area. One day, I got a chance to sit down with Colonel X and learn about his background.

Colonel X had been an Army quartermaster. He had over 25 years of experience leading Army troops at the company, battalion and brigade levels. His final military job was as the commanding officer of a Defense Logistics Agency (DLA) depot in nearby Millington, Tennessee. During his retirement planning, Colonel X approached FedEx because:

Colonel X’s resume impressed FedEx so much that they brought him in for a series of interviews. There were a variety of positions that required his expertise as an Army quartermaster. There was also opportunity for upward expansion within the FedEx family. Once they negotiated his salary band, based on the government’s former National Security Pay System (NSPS), he had his job lined up as an individual contributor.

Within a week, Colonel X was miserable for several reasons:

In short, the job didn’t suit the skills and experience that Colonel X felt he brought to the table. It took him eight years to work his way up to manager. At that point, he was responsible for five people. It wasn’t very satisfying, and Colonel X had become a “work-to-live” type person. There was clearly little job satisfaction, and he thought he would only work until he felt he was financially independent.

It occurred to me that FedEx did not clearly Colonel X’s value proposition. Perhaps they didn’t try, or perhaps he did not communicate it clearly enough. Either way, FedEx was happy, but Colonel X was not.

I met Captain Y a few weeks after I checked into FedEx, and he eventually became my mentor. He was a vice president (later promoted to senior vice president) and was in charge of FedEx’s long-term acquisition planning.

Captain Y was a Navy pilot by nature. Like Colonel X, he came to FedEx after 25 years in the military. During his Navy career, Captain Y held several commands and also developed a financial background. Notably, he was on the Chief of Naval Operations (CNO) staff, where he helped build the Navy’s future years defense plan (FYDP). The FYDP is the military’s long-term planning tool that communicates to Congress its intent to fund major programs, such as ships and aircraft. Captain Y also served his final tour as the comptroller of U.S. Transportation Command (TRANSCOM).

Captain Y knew that he wanted to work in a career field that capitalized on his experience flying planes and projecting long-term budgets. When he worked at TRANSCOM, Captain Y had periodic meetings with FedEx, since they are a principal supplier to the government’s Civil Reserve Air Fleet (CRAF). CRAF is a program that leverages civilian aviation capacity during major mobilizations, such as for Desert Storm and Operation Enduring Freedom.

He maintained contacts with officials at FedEx throughout his tour. After his military retirement (within the applicable DoD ethics guidelines), Captain Y met with FedEx officials who had heard of his aviation and financial background. FedEx had been looking for someone who could help them with their long-term planning for aircraft procurement. In fact, for the first 30 years of its existence, it never had a long-term plan. It just bought aircraft whenever and wherever they could with money from its operations. If they had a great quarter, they’d buy aircraft. If not, they’d wait until they got more money. Captain Y seemed like someone who could help them put it all together.

In fact, this skill set was so valuable, that FedEx had to create a new office for him. He was hired on as a vice president and established a long-term procurement strategy that saved the company hundreds of millions of dollars. Before he retired, he was promoted to senior vice president and was working for FedEx long after he stopped needing the paycheck.

While these examples are two extremes opposite scenarios, I took away a couple of observations:

I had a couple of takeaways, which became part of my personal philosophy:

For example, you could consider work hours, location and compensation. Hypothetically, you might determine that you must have no more than 40 hours per week in Tampa. You’re expecting a salary in the $60K-$80K range, but you’re willing to work for less to stay in Tampa. However, you won’t go any lower than $60K, because you know this is the low end of your skill set.

When you’re looking to post-military life, it’s important to realize all the variables. Much of what you used to take for granted (such as pay scale or benefits) go out the window. They’re all negotiable, and your ability to negotiate depends on your value proposition. As you exit, it’s worth taking some time to figure out how you can deliver value to your future organization.

What do you think? Do you have any horror stories or success stories?

Posted In: Find A Job 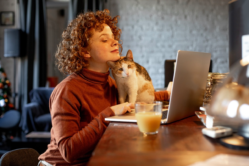 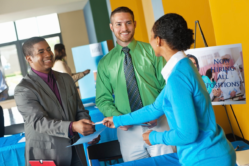