For those of us who have ever sifted through our daily emails and realized that we never subscribed to half of the messages in our inbox, the concept of automatic enrollment is quite familiar. In order to stop receiving advertisements, sales notifications, or updates from stores or websites that we visited one or more times,…
Advertising Disclosure. For those of us who have ever sifted through our daily emails and realized that we never subscribed to half of the messages in our inbox, the concept of automatic enrollment is quite familiar. In order to stop receiving advertisements, sales notifications, or updates from stores or websites that we visited one or more times, the burden is placed upon the individual to hit “unsubscribe.” What is TSP Automatic Enrollment?

For TSP beginners, the Thrift Savings Plan is the U.S. government’s long-term retirement savings and investment plan for federal employees, including members of the military. Similar to 401k plans available across the private sector, TSP enables federal workers and military members to save for retirement throughout (and after) their federal careers.

TSP automatic enrollment is the process by which newly hired federal employees (those under the Federal Employees Retirement System, or FERS) and military members (those under the Blended Retirement System*, or BRS) become integrated into the TSP automatically. This means that instead of opting into the retirement savings program, newly hired federal workers and servicemembers have to opt-out if they do not wish to contribute.

The benefit of automatic enrollment is that it helps individuals to increase their retirement savings by “nudging” them in the direction of saving. Automatic enrollment was instituted in August 2010 and has generally been lauded as a successful initiative since it has dramatically increased the number of people participating in TSP and has helped federal employees and servicemembers alike fully capitalize on matching contributions offered by their employers.

*Note: military members who are not in the BRS do not receive matching TSP contributions.

The Congressional Budget Office (CBO) released a study showing the impact the TSP auto-enrollment program had on plan participation, contribution as a percentage of salary and other factors. The results were positive across the board.

This table only covers the period just prior to and just after the auto-enrollment program began for the FERS retirement system. The default contribution at this time was 3% and the default fund was the G-Fund.

You will notice a large percentage of the participants left their investments in the G-Fund. The TSP will increase automatic contributions from 3% to 5% and the default fund from the G-Fund to the most appropriate L-Fund based on the participant’s age. More information on the changes below.

Previously, when automatic enrollment was rolled out in 2010, newly hired (or rehired) civilian federal workers had 3% of their salary each pay period directly deposited into their individually held TSP account. The U.S. military employed the same practice several years later when the Blended Retirement System was introduced: Servicemembers who began serving on or after January 1, 2019, were also automatically enrolled in TSP with 3% of their pay deducted from their paychecks and contributed to their TSP accounts after a 60-day period.

However, the Federal Retirement Thrift Investment Board (FRTIB) — the agency that oversees TSP — recently announced in February 2020 that it will increase the automatic enrollment percentage from 3% to 5% of pay for all participants who are automatically enrolled in the TSP on or after October 1, 2020.

Of course, it’s entirely possible for servicemembers and federal workers alike to hit the proverbial “unsubscribe” button and change or halt TSP contributions altogether (however, we’ll explain why you really shouldn’t below). But with TSP automatic enrollment, the onus is ultimately placed on the individual to stop contributions or request a refund if money has already been deposited in a TSP account.

Why Change the TSP?

The logic of increasing the TSP automatic enrollment percentage from 3% to 5% is twofold:

First, it makes it easier for people to save for retirement (as the old adage goes, you don’t miss it if you don’t see it) and benefit from investing more at a younger age.

With automatic enrollment set at 5%, this means that participants who are auto-enrolled will fully capitalize on matching contributions without having to take any action at all; the agency or service matches up to 4% of a participant’s basic pay plus an additional automatic 1% contribution (4% + 1% = 5% matching). Individuals who opt-out of TSP altogether are no longer eligible to receive matching contributions, which means that they effectively leave “free money” on the table.

How Are Automatic Enrollments Invested?

Unless a TSP participant specifically selects investment funds, the full amount of their automatic enrollment percentage (currently 3%, but soon to be 5%) will be deposited in a lifecycle fund (an “L Fund”) deemed most appropriate for their age. Previously, funds were deposited into the “G Fund”.

A lifecycle fund is broadly considered a good option for novice investors or those most comfortable with “set it and forget it” investment strategies because they do not require monitoring or manipulation on behalf of the investor; rather, they simply select a target date for retirement and allow the fund’s managers to do the rest.

However, for those who prefer to have a more active role in managing their investments, TSP participants can select individual or lifecycle funds on the TSP website, or by calling 1-877-968-3778. Participants can also redistribute their existing TSP account balance by requesting an interfund transfer, although such transfers are limited to twice per month.

The Benefits of Increasing Your Auto-Enrollment Amount

Although a 3% (soon to be 5%) contribution per pay period is an excellent way to start saving for retirement, those who invest early and at higher levels stand to benefit the most (yes, TSP Millionaires do exist).

By contributing 5% of one’s earnings per pay period, a federal employee or servicemember (under FERS or BRS, respectively) stands to maximize the matching contribution offered by the U.S. government, but contributing more than 5% enables a participant to avail of the benefits of compound interest — what Albert Einstein coined the “eighth wonder of the world.” Over time, even small, regular contributions to one’s retirement account can yield big payoffs. This article covers more information about maximizing your TSP plan.

Keep in mind, though, that there are annually established contribution limits for TSP accounts. For 2020, individuals can contribute up to $19,500 to their TSP account, and participants aged 50 and older have the choice to contribute an additional $6,500 (a “catch-up contribution”). In order to determine what automatic enrollment percentage will help you to reach the maximum amount without exceeding the limit, participants can use a TSP calculator with information from their pay statements. 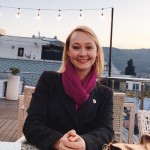