The new blended military retirement plan will take effect in January 2018. Those who are already in the military by that time will be grandfathered into the old plan. However, they will be able to opt into the new retirement plan if they wish to do so. Will members be better off opting into the…
Advertising Disclosure. The new blended military retirement plan will take effect in January 2018. Those who are already in the military by that time will be grandfathered into the old plan. However, they will be able to opt into the new retirement plan if they wish to do so.

Will members be better off opting into the new retirement plan or  remaining in the old retirement system? As you might imagine, the answer will vary for each individual. Important factors include how many  years of service they have when the new plan starts, whether they plan to remain on active duty for 20 or more years and how much they are able to contribute to the Thrift Savings Plan. 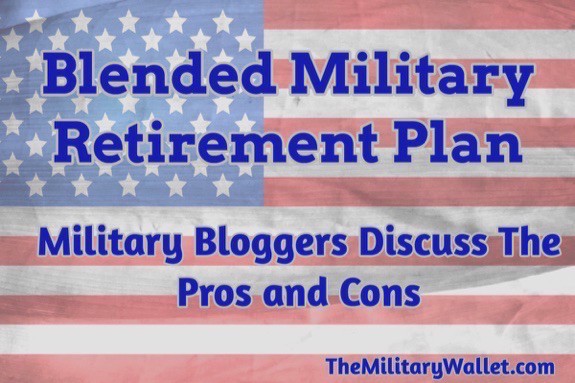 For today’s article, I asked several military bloggers to weigh in with their thoughts on the new blended retirement system. They discussed whether they think it’s good for service members and whether it makes sense for the military. They had free rein to give their thoughts and opinions.

I’ll start with a brief overview of the current retirement system and the changes for the blended retirement plan. Then I’ll share my thoughts on the new retirement plan, followed by the other expert opinions.

The changes boil down to a reduced fixed pension multiplier in favor of matching TSP contributions and career-status bonuses. There will be a sweet spot where the new plan may be worth more to retirees than the old plan, but only if the member diligently contributes to the TSP over a number of years and the markets do well.

Here are some opinions on the retirement plan change, based on a poll of fellow military bloggers. Their branches of service, website names and social media profiles are included below. Want to share your thoughts? Please feel free to start a conversation and leave a comment after the article. Change was going to happen. This is a good compromise. The military retirement plan is one of the most generous plans around. There aren’t many places where you can work a minimum of 20 years and receive 50% of your base pay (or more) for the rest of your life — and still support your spouse with 55% of your pension after you pass away if you opt into the Survivor Benefit Plan.

There are other generous pension plans around, but most of them require participants to serve more than 20 years or reach a certain age before they are eligible for benefits (50, 55 and 60 years of age are popular starting ages for pensions).

However, the current plan is unsustainable. Many members serve 20 years but draw retirement payments for over 30, 40 or even 50 years. Many retirees earn more in retirement than they ever earned during their years of service.

Previous proposals to change the military retirement system would have gutted the current fixed pension system in favor of switching to an almost 100% 401(k)-type retirement plan. This is a reasonable compromise.

Who benefits the most: Only about 17% of military members reach retirement, according to Quora.

Who loses: The people who will lose will be the 20-year retirees who don’t make TSP contributions.

I think the new retirement system is a great deal for the 83% of military service members who will not earn a pension. However, the burden is on them (and their families) to maximize the government’s matching contributions to their TSP accounts. The best comment I’ve seen so far is, “If you don’t know how to manage the process of saving and investing for retirement, then the new blended military retirement system will punish your ignorance.”

Here are some articles I previously published on this topic: As a taxpayer, I see the shifting of retirement responsibility from government to the retiree as a move that every other entity considered and started to execute over a generation ago. Keeping a retirement system in place where we pay 30, 40 or 50 years of retirement for someone who served as little as 20 years . . . that’s unsustainable, given the longevity trends society is facing.

As a service member, I am disappointed. However, I do see that two wars over the past 15 years have eroded our military’s budget. As a result, we’ve had to support our current system, which costs a lot, at the expense of supporting our weapons systems.

As a result, our aircraft have had to fly longer than expected and our ships are older than planned. We need money to keep our weapons systems up to date.

As a financial planner, I’ll advise anyone who has a choice:

As someone who will have the opportunity to make the switch to the new blended retirement system, I have a few thoughts.

I am planning to stay for 20. My wife supports me in this, so I believe I will, unless some unforeseen event happens, of course. So I will not be opting into the new blended retirement system. Here’s why:

I joined the military late, but I will still be able to retire at 45, which is insanely young for a career path outside of entrepreneurship. Since I will retire at about the age of 45, I would get an extra 10% immediately (compared to the new system). That extra 10% invested over the next 15 or 20 years — the approximate amount of time it would take for me to be able to receive TSP benefits — would make the old system the best bet for me, by my calculations.

With that said, I think the new system is the best thing they could have come up with for a military in need of retirement reform.

Of course, I think there will still be people who don’t contribute anything to their TSP, which will make the new system much worse for them. But I don’t think it’s wise to make decisions based on whether or not people have the discipline to invest. For those who plan to serve their nation for 20 years or more in the armed forces, the new plan is a bad deal. It shifts much of the responsibility for retirement income from the government to the service member and the market (domestic and international equities, corporate and government bonds).

However, for the over 80% of service members who do not receive any sort of retirement benefit, the new plan adds civilian-style 401(k) matching in the TSP and a continuation bonus at 12 years. This is a good deal.

The blended retirement system puts more cash in the retirement accounts of those service members who choose to save for their retirement. Invested in a diversified portfolio of 80% stocks and 20% bonds, the returns from a matched TSP account can nearly replace, and in some cases exceed, the difference between a 2.0% pension in the new system and a 2.5% retirement in the old system.

I urge every service member to carefully consider whether you will make it to 20 years or whether the chances are high that you will leave before then. If you think there is a chance you won’t make it to 20 years and earn a pension, switch to the new system and start contributing to your TSP account today. 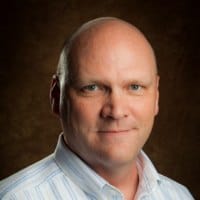 For service members planning on doing 20+ years, you have to ask yourself, “If the Department of Defense is doing this to save money, how could it possibly be good for me?”

On the other hand, something is better than nothing for the one- or two-termers.

What are your thoughts on the new blended retirement plan? Please feel free leave a comment below! 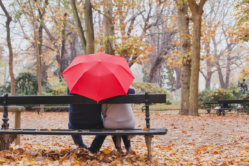