The Department of Defense Homeowners Assistance Program (HAP) protects military members who lost money on their homes due to a PCS move caused by a Base Realignment and Closure (BRAC). Wounded military members and surviving spouses may also qualify under new provisions of the HAP laws.
Advertising Disclosure.

HAP Program Update: The HAP program is no longer accepting applications. We have updated this article as a reference and for historical purposes.

From the HAP website: “Applications must have been postmarked or deposited with the commercial delivery service no later than September 30, 2012. Applications for permanent reassignment can no longer be accepted.”

The military’s Homeowner’s Assistance Program (HAP) has been in place for decades to help homeowners who have trouble selling their homes because of a Base Realignment and Closure (BRAC) initiative. The latest round of BRAC closures happened to coincide with the recent housing market crisis in America.

A new addition to HAP was added in 2009 as part of the American Economic Recovery Act and includes protection to members of the military who are forced to move because of a permanent change of station or PCS move and lost value on the price of their home. The new plan also covers military members who were separated from military service because they were wounded, injured, or ill. The plan also covers surviving spouses.

Both the old and new versions of the law provide some monetary relief to eligible members of the military and federal employees who suffered a financial loss on the sale of their primary residence when they were not able to sell their homes under reasonable terms or conditions.

There are two versions of the Homeowners Assistance Program: conventional and expanded. The conventional HAP was established by Congress in 1966. It is only available for members of the military when the services conduct a round of base closures. The HAP is a special relief program that must be approved to start, and then it provides financial assistance to homeowners who are not able to sell their homes under reasonable terms because of an announced closure that adversely affects the real estate market of a local area. The Army Corps of Engineers runs HAP on behalf of all the military branches.

The expanded HAP is exactly like the conventional version, but it has been modified recently to include wounded service members, surviving spouses of military members who are killed in combat, and other members of the military who receive permanent change of station (PCS) orders.

Who Runs the Homeowners Assistance Program?

The Department of Defense Homeowners Assistance Program (HAP) is managed by the US Army Corps of Engineers (USACE), and is only open to military members who were permanently reassigned because of a Base Realignment and Closure (BRAC) during the mortgage crisis. The following information is from the website:

The Department of Defense (DOD) is proud to offer the Homeowners Assistance Program (HAP) to eligible service members and federal civilian, including non-appropriated fund, employees. The program is authorized by law, and administered by the US Army Corps of Engineers (USACE) to assist eligible homeowners who face financial loss when selling their primary residence homes in areas where real estate values have declined because of a base closure or realignment announcement.

There are two main eligibility criteria:

Once those criteria are met, there are additional requirements.

The Homeowners Assistance Program has recently been modified to include wounded service members, surviving spouses of military members who die while deployed, and certain other military service members who are required to move more than 50 miles because they receive permanent-change-of-station orders.

According to the HAP website, the American Recovery and Reinvestment Act of 2009 expanded the HAP authority to authorize the Secretary of Defense to provide financial aid to the following groups of individuals:

Individuals impacted by the BRAC program may be eligible. This includes both civilian employees or members of the Armed Forces who were:

2) Wounded DoD and Coast Guard civilian homeowners reassigned in furtherance of medical treatment or rehabilitation or due to medical retirement in connection with a disability incurred in the performance of his or her duties during a forward deployment occurring on or after September 11, 2001, in support of the Armed Forces; and

3) Surviving spouses of fallen warriors who move within two years of the death of such employee or member.

How to File a Department of Defense Homeowners Assistance Program claim

Supporting documents. You will also need to include verification of homeownership, the dates you lived in the home, a copy of your PCS orders, the efforts you made to sell your home and whether or not it sold, and the details of your mortgage.

You must submit your completed application by mail to the US Army Corps of Engineers district where your home is located. For more information about the district lines, visit the USACE contact page.

As mentioned above, there are two classifications of the Military Homeowners Assistance Program: homes that fall under the Conventional HAP, and the Expanded HAP.

The conventional HAP benefits payments are taxable. Members of the military owe taxes on support they receive when the support is above 95% of the prior fair market value (PFMV) of his or her home. For more information on the Conventional Homeowner’s Assistance Program, you should view the HAP website and the Army Corps of Engineers’ FAQ page.

Originally, the Expanded Homeowner’s Assistance Program and specifically the PCS clause was not tax-exempt. President Obama signed HR 3548 which is the Unemployment Compensation Extension Act of 2009. He signed the bill into law which also included a new exception for Expanded HAP benefit payments from federal taxes. Payments to military members are also not subject to social security or Medicare taxes.

Although HAP is exempt from Federal taxes, there may be state taxes that military members may have to pay. Applicants who had taxes withheld prior to the President signing the law change should receive a W2c which is a corrected Wage and Tax Statement from the Internal Revenue Service.

Check with Your Tax Professional for Further Clarification

As with any complicated tax situation, HAP applicants should seek legal and tax assistance if there are any specific questions about the tax implications of HAP benefit payments. The military’s Homeowner’s Assistance Program (HAP) is a viable option for members of the Armed Forces who have had trouble selling their homes during the housing crisis or any other BRAC situation. View the eligibility requirements and how to file for benefits at the Homeowner’s Assistance Program (HAP) website. 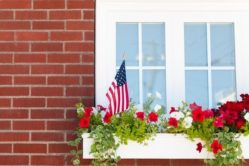