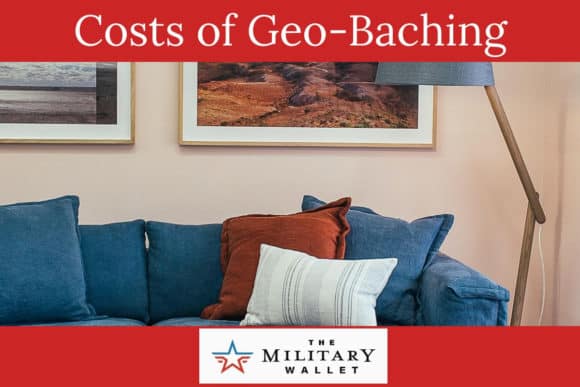 Geo-baching is when a military servicemember and his/her family decide to live separately. But what happens to BAH payments?

Military families are accustomed to time spent away from their servicemembers – from deployments to training, schools, and TDY. It’s not unlikely that you and your spouse will be separated for some time. So why would a military spouse ever volunteer to stay behind while a servicemember PCS’s to a new installation?

There are many reasons why becoming a geographic military bachelor or bachelorette can be beneficial. But is geo-baching right for you?

Geo-baching is when a military family decides to separate, leaving the spouse and family in one location and the servicemember in another. When a servicemember decides to geo-bach, she/he receives BAH at the new duty installation, no matter which location has a higher BAH. It is important to note that geo-baching is not the same thing as receiving PCS orders to unaccompanied locations.

“The policy decision to use duty location as a basis for BAH is based on the desire to compensate members for the typical housing cost near the member’s duty location. Once the duty station is known, the BAH compensation is fixed, regardless of where the member lives.”

This decision is intended to prevent servicemembers and families from choosing their own locations based on the amount of BAH they would be eligible to collect. This might result in the majority to claim they are living in high cost of living areas like California or Hawaii when they really live in more reasonably priced areas. Therefore, “the Services decided to base the allowance on the duty location with the full knowledge that members would still be free to live where they choose, but that this decision would not affect the BAH amount.”

To receive BAH for the old duty installation, a servicemember has to fill out a waiver form requesting an exemption.

These exemptions take into account the health and wellbeing of the family. Most often, exemptions are granted relating to access to medical care. Another common exemption is when a servicemember is assigned to a position where they’re technically PCS’d to a new location but will be forward deployed or spending a lot of time at an alternate location.

Note: Geo-baching, or voluntarily living in separate locations, is different than being on unaccompanied orders. Unaccompanied orders are when the military does not allow the servicemember to bring his or her family to their next duty assignment, generally because of the nature of the orders, such as the location, a short tour length, medical clearance, or similar reasons.

Because unaccompanied orders are at the decision or convenience of the military, the servicemember will receive military quarters at his or her new location, and the family in the separate location will receive BAH for that location.

Every family’s situation is different, so there are always different circumstances that lead to a decision to be voluntarily separated for a while. Some of those reasons include:

What Is the Official Process?

The official process begins at the unit level once orders are issued. The servicemember will need to fill out a form requesting geo-bach status. Once the command request has been processed, the soon to be geo-bachelor(ette) will have to have his/her orders updated and should begin exploring housing options at the gaining installation.

The Defense Travel Management Office website has a list of FAQs that can help outline the process.

What Are my Financial Considerations?

Geo-baching involves lots of moving parts, so it’s important to thoroughly and carefully weigh the financial considerations. In addition to the cost of maintaining two households, there are also unexpected expenses that arise from living separately. There’s also the cost of finding temporary furniture, plus the cost of insurance in two different locations.

When a family chooses to voluntarily separate, the military does not provide any additional funding to offset two households’ costs.

Some installations will offer “bach-quarters,” which are old barracks or motel rooms, but these depend on the space available at the installation and aren’t guaranteed. Several years ago, all branches of the military stopped offering free barracks space to servicemembers living apart from their families. Currently, most separated servicemembers need to pay for lodging, and rates vary depending on the installation.

What Are the Drawbacks to Geo-Baching?

Generally speaking, geo-baching is more expensive than when a family/couple stays together at the same installation. That’s because the costs for living double – one at the former installation and one at the new gaining installation. There’s also the additional costs of travel for visits, not to mention food, utilities, and other expenses.

Of course, geo-baching is rarely a purely economical choice, and it’s one that isn’t entered into lightly. There are times when it feels like the best course of action for a military family, so it’s important to understand the entire process before making that decision. 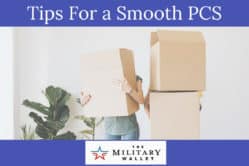 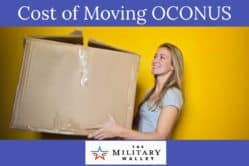 The Cost of Moving OCONUS In addition to being the Editorial Content Manager for TheMilitaryWallet.com, Jennifer Barnhill is a freelance writer with a focus on military family advocacy, a Navy spouse, and a mother of three.

Jennifer has a BA in Professional Writing/Journalism and is currently studying at the University of North Carolina Chapel Hill in pursuit of her Master of Public Administration, with a concentration in non-profit management.

Featured In:: Jennifer’s writing and reporting have been featured in Military.com, Military Families Magazine, Military Spouse Magazine, Stars and Stripes, We Are the Mighty, The War Horse, and many other publications.