In January 2005, I left the comfort of my family and home and began a 15 month deployment to Iraq.  Although I knew the difficulty and hardships that I would face, I knew it would be an excellent opportunity for my wife and I to get a jump start financially.  You would think that being…
Advertising Disclosure.

In January 2005, I left the comfort of my family and home and began a 15 month deployment to Iraq.  Although I knew the difficulty and hardships that I would face, I knew it would be an excellent opportunity for my wife and I to get a jump start financially.  You would think that being overseas and unable to spend as freely as you can in the States would give every soldier an opportunity to save some serious bucks.  Especially with the military really promoting all the extra money you’ll make with combat pay, hardship pay, imminent danger pay, hazardous duty pay and family separation allowance. All of which was federally tax free while we were on ground.  I guess that was there way of trying to take your mind off the fact that you were heading into a combat zone.  But hey, never hurts to focus on something positive.

Nonetheless, many of the soldiers I deployed with were equally excited to sock away some cash while we were gone. But what I saw was a different picture.  I saw many come away with nothing saved.  In fact, I witnessed many coming home in more debt after deployment than before we left.  It made me wonder what I did different and what future soldiers could do to maximize the money earned while in combat.

One thing that worked huge for us is that we didn’t incur a lot of unnecessary debt prior to being deployed.  Many soldiers were buying brand new laptop computers, high tech electronics, and special ops gear before we left.  I could possibly justify the laptops, but most of the special military gear was a bit premature since we weren’t sure what the government was going to issue us.  Most of it was just to look “Hooah” or have the “coolest” gear.  I called in the “Black Hawk Down” syndrome.  You might not be Delta Force, but you’ll try and look the part. The two major expenses that I incurred prior to deploying were: 1. Lasik surgery 2. My wife’s engagement ring. Our goal was to have those both paid off in the first couple of months, which we did.

As I stated above, we had a goal to take care of the Lasik surgery expense and the engagement ring as soon as we could.  Luckily, my wife and I had no student loan debt and these were the only two items that were left to be paid off.  Once we paid those off our goal was to boost our savings and max out our Roth IRA’s.

One thing that I’ve always been a big fan of when it comes to investing is the systematic withdrawal.  The concept of “out of sight, out of mind” works amazing for anybody that is trying to save.  We had it set up where each of us was depositing $100 a month into our Roth IRA’s. Once we got our savings up were going to max out the remaining balance. By setting up the automatic monthly withdrawals, it made it to easier to write a check to make up the difference. The other benefit of automatic investing is dollar cost averaging, which takes the guess work out of trying to time the market.

4. Be ready for the unexpected

When I left, my wife and I were renting out a home with friends of mine so our expenses were low.  We had talked about buying a home once I got back.  Well, half way through my deployment, a family friend had offered to sell his home at a very good price.  It was exactly what we were looking for and at a price that we couldn’t pass up.  So while serving my country in a foreign land, I purchased my first home.  If we hadn’t of made a plan, I don’t think financially we would have put ourselves in the position to purchase the home.  I’m now thankful we did.

You would think that being overseas that you wouldn’t have a chance to really spend any money.  That is a major myth.  The truth is that there are PX’s (Post Exchanges) readily accessible to any soldier.  There you can buy electronics, snacks, souvenirs, etc.  Also, the availability of the internet made online shopping a snap.  One example is a buddy of mine special ordered a pair of Nike running shoes for $150.  Since they were special order, it would take an extra few weeks for the shoes to be shipped.  So he then ordered a regular pair of Nike running shoes at $140 to last him until the others came in.  Did I mention he already had a pair of Nike running shoes that were just fine?  That might be an extreme example, but I have countless others of soldiers wasting their money while overseas.

My wife was incredible of keeping track of our finances while we were away. Keep in mind we were just newlyweds, but we were able to get on the same page of what we wanted to accomplish financially.  You hear many stories of a soldier’s wife/husband spending the money while the soldier is away.  I can tell you for a fact that it happens.  We had many soldiers whose wife (we only had male soldiers, so sorry if I’m discriminating) went on shopping sprees with all the new money that was coming in.  I was very fortunate to have a wife that shared my vision in securing our financial future.

Once we returned home many that had been able to save some cash went on buying sprees.  New cars, trucks and Harley’s were quickly snatched up.   I even had another soldier who had reenlisted while were overseas and received a $15,000 tax free bonus.  All of which was gone in the first month of being home.

Any newly deployed soldier has an excellent opportunity to get off on the right track while on deployment.  Consider some of the steps that I did that helped us and apply those to your situation if you can.  More importantly, learn from the examples of those who fell into financial traps and avoid those situations. 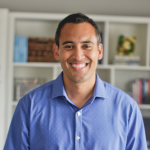 Jeff Rose is a Certified Financial Planner, an Iraqi combat veteran, and the author of the book, Soldier of Finance: Take Charge of Your Money and Invest in Your Future.

He is passionate about Roth IRA’s, term life insurance, Cross Fit, Double-Double’s at In-N-Out Burger, and smart financial decisions. You can find Jeff around the web at Good Financial Cents and Wealth Hacker Labs.

Featured In: Jeff’s writing has been featured in Forbes, Entrepreneur, Business Insider, The Wall Street Journal, USA Today, Reuters, Fox Business, and many other publications. 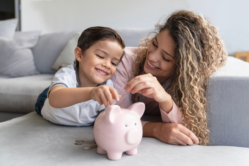 The 20/10 Rule for Budgeting and Debt Management 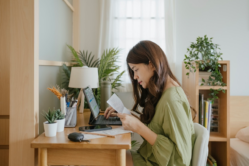 Four Ways to Stay on Top of Your Finances