DirecTV military discounts are available through Veterans Advantage or by bundling with AT&T. There is no DirecTV Stream military discount yet, but it's on the way, according to a company spokesman. Here's what you need to know.
Advertising Disclosure. 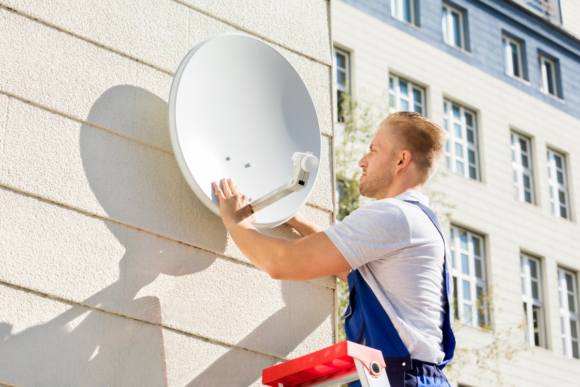 As it becomes increasingly easy to cut the cord from the major cable providers, satellite and streaming services are offering more new shows, premium movies, package rate incentives and discounts – including military discounts.

Here’s what you need to know to access it.

Does DirecTV Offer a Military Discount?

Yes and no – DirecTV’s military discount is a little complicated because the company owns two separate products.

DirecTV began as a satellite television provider in 1994. It became a part of AT&T in 2015, expanding to host a streaming platform in 2020.

In 2021, AT&T announced it would spin off its DirecTV, U-Verse and AT&T TV products into a separate company, selling 30% of the new venture to a Texas-based private equity firm while retaining a 70% stake. Since then, the DirecTV has consolidated its offerings into two products: DirecTV satellite television and a separate online streaming service, DirecTV Stream.

Get started with DirecTV

Does DirecTV Stream Have A Military Discount?

However, it’s in the works, according to DirecTV spokesperson Nicholas Ammazzalorso, so stay tuned. We’ll publish the details as soon as they’re available.

Save More on Streaming!

Active-duty, National Guard and reserve service members, veterans and military spouses who wish to take advantage of AT&T’s DirecTV discount through its wireless bundling discount can verify their military status on the carrier’s website. Once verified, contact AT&T to apply its wireless service and DirecTV military discounts.

Note: VetRewards plans cost $9.99 per month or $59.95 per year. If you only used VetRewards for DirecTV, the monthly fee will cancel out half of your DirecTV military discount.

DirecTV Stream provides a $10 per month student discount for the first 10 months of service, according to its website. However, you can’t stack a military discount on top of a student discount.

More Ways to Save on Your Monthly DirecTV Bill

DirecTV has several subscription package levels, including AT&T bundling options, which consolidate your phone, internet and DirecTV subscription into a single bill.

Ask about all your savings options before you purchase a DirecTV plan.

Other Subscriptions That Offer Military Discounts Does Ace Hardware Have a Military Discount? Brian Campos is a journalist with over 20 years of experience and a member of the United States Coast Guard reserve. His work has previously appeared in Air Force Magazine, Coast Guard Outlook, Reservist, and All Hands. He is a United States Army Storytelling Workshop instructor and a judge for the Army's Brumfield Mass Communications Competition. You can find more of his work in Newsday and the New York Daily News.