Many streaming services, cable and satellite TV providers offer military discounts to service members, veterans and their families. Here's what we found out.
Advertising Disclosure. 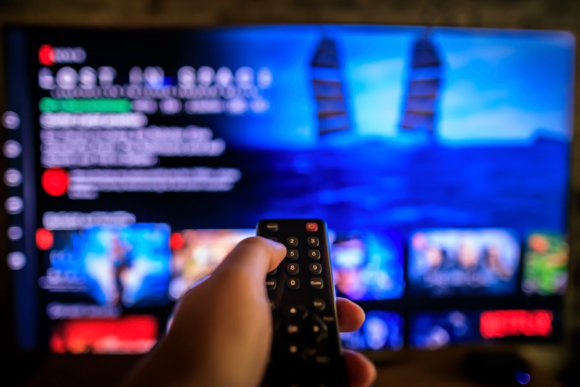 Whether you’re deploying, thinking about cutting the cord at home or just trying out a new streaming service, you should always shop around for the best price.

Editor’s Note: Discount details listed below are subject to change. Always check with a service provider before buying a subscription.

Other services, such as Hulu, Netflix, and YouTube, don’t have a specific military discount, but routinely offer great deals that service members can take advantage of. Check with streaming TV services regularly to see what deals or military discounts they’re offering.

Don’t forget to check with your phone or internet provider too.  At least one cell phone provider’s military plan provides free and discounted subscriptions to some streaming services.

What to Know About Streaming Services

However, streaming services regularly run new subscriber deals and discounts, so the discounts and prices noted below are subject to change. Always check in with a service to make sure you’re getting the best deal. Even if you’re a current subscriber, you may be able to negotiate a better rate based on new customer deals.

Deployed military members may need to use VPNs, which encrypt and protect user data and information. Some streaming services block VPNs. Check with your duty station to find out if required VPNs may disrupt streaming services.

If you’re looking for a VPN for personal use, here are some of the best VPNs we found for military members and their families.

Apple TV has a standing 10% veterans discount for all of its products and services, including streaming. Veterans can visit the Apple TV home page and follow the Verify.ID link to verify their military service and discount eligibility. Without a military discount, Apple TV subscription plans cost $4.99 a month, after your first week, which is free.

In the past, Amazon has offered a $40 military discount off its Prime membership of $139, which includes its vast archive of TV shows and movies and Amazon original programming.

However, Amazon has not yet announced a 2022 military discount, but check back in with the service around Veterans Day.

Currently, Amazon Prime memberships cost $14.99 per month or $139 per year. Memberships also include free shipping on all your Amazon orders, which can be especially helpful for service members who are stationed overseas.

Discovery+ offers a 40% military discount on its monthly subscription price, reducing it from $4.99 to $2.99 per month. Active-duty, National Guard and reserve military members, veterans and military family members are eligible for the Discovery+ discount, which provides access to over 60,000 episodes from Discovery network channels, including Discovery, A&E, Lifetime, HGTV and the Food Network.

Claim the 40% off military discount on Discovery+ here

Disney+ is full of family-friendly shows and movies from Pixar, Marvel, Star Wars and National Geographic.  Higher priced packages expand your access to include Hulu and ESPN+.

While cable providers like Dish and DirectTV offer various major league basketball and soccer access packages to its subscribers, military personnel can also access sports coverage through FuboTV. FuboTV provides a $10 a month discount for two months from its $39.99- $99.99 when you log in with your GovX account.

Hulu offers service members 10% off its basic package of $6.99. The basic package includes ads. To remove ads, you can upgrade to a $12.99 per month, which does not include a military discount.

Major League Baseball airs a lot of games in a season, which accounts for its higher price point. However, MLB offers a one month 35% discount to military personnel.

As with Disney+, you can access the MLB.TV discount through your GovX account. After that, viewers can choose from single team packages starting at $119.99, or an entire season option beginning at $139.99, or $24.99 per month.

Amazon Prime Video subscribers can add MLB.TV and 100+ more channels – no cable required. In addition, Amazon gives a 7-day free trial of MLB.TV (on top of their 30-day free trial of Amazon Prime). MLB.TV via Prime Video is currently on sale at $57.99 for a season subscription. Regular pricing is $24.99/month for the All Team Pass, and $49.99/year for a Single Team Pass.

DirectTV cable service provides a military discount, autopay and bundling discount for new subscribers through Veterans Advantage. For $54.99 per month (plus taxes), subscribers can access over 160 channels for a year when they sign an two-year contract.

Get a $100 Visa® Reward Card when you sign up for DIRECTV!

Dish’s military package also upgrades digital video recorders (DVRs) to hoppers, so military members can stream their favorite shows to their mobile devices, so they can keep watching from anywhere in the world.

What Streaming Services Are Free for the Military?

Armed Forces Network offers TV and audio streaming free for the military.  Service members must register to get a signal decoder that can access the AFN network. AFN offers a variety of scheduled programming, such as news, sports, tv programs, and movies.

In March 2022, AFN launched the AFN Go app, which allows militar members to stream music, news, talk radio programming and local information to internet connected computers or to Apple or Android mobile devices, according to DOD.

Military personnel and dependents of all ages can access a variety of free content through Military One Source and DOD MWR Libraries, including streaming services for documentaries and do-it-yourself technical help. DOD libraries also have several options to stream audio books and music or rent e-books for your Kindle, tablet or mobile device. .

Military members who live in base housing, like barracks, can access Boingo TV through an internet app, starting at $19.95 a month.

How Can I Stream Military Channels?

No and low-cost military streaming services offer the best channel options for military themed programming such as VET TV, which costs $4.99 a month. Other channels, like the Military Channel, are only available as standard cable or satellite programming. 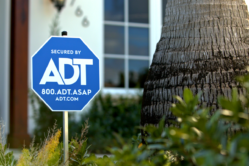 John Mitchell is a contributing writer for The Military Wallet. He is a United States Navy veteran and a widely published freelance writer covering military affairs, health care, social services and craft beer through his firm, SnowPack Public Relations. He's also a novelist under the pen name of J. Willis Mitchell. His most recent novel, "Rotors" has just been published. His first novel "Medical Necessity" has a four-star rating on Amazon. Mitchell lives with his wife and writes on the western slope of Colorado. He volunteers each winter as an adaptive downhill ski instructor teaching the joy of the sport to kids, veterans and other skiers living with disabilities.