Preface: In the civilian world, there are professions where the impact of DUI conviction might not have an effect on the person’s career.  Not so with the military.  In the military, a DUI conviction is only the beginning, as it will have a direct career impact on the servicemember’s career. As you know, driving under…
Advertising Disclosure.

Preface: In the civilian world, there are professions where the impact of DUI conviction might not have an effect on the person’s career.  Not so with the military.  In the military, a DUI conviction is only the beginning, as it will have a direct career impact on the servicemember’s career.

As you know, driving under the influence is extremely dangerous and is a leading factor in many car accidents. But you already know that. We are going to focus on the military aspects of a DUI, particularly its impact on your ability to accumulate long-term wealth over the course of a career.  After all, the best financial planning advice is this:  Avoid bad decisions that lead to life-changing incidents.

There are many websites that clearly outline the costs of a DUI.  These include fines, court costs, bail, and lawyer fees.  They also include incidental & ongoing costs, such as administrative hearings, towing & impound, DUI classes, engine interlock devices, and increased cost of car insurance.  Depending on which state you live in, you can expect to pay $8,000 to $20,000 in total costs for a first DUI conviction.  You can find a ton of pages with the cost break down on the first page of Google under “financial implications of a dui.”

What you won’t find on Google is how this will impact your military career.  There are two significant impacts.

First, a DUI is punishable under the UCMJ.  Each service has policies that regulate how DUIs are prosecuted.  This could be in conjunction with, or completely separate from, any applicable civilian punishments. This means you may be subject to a court martial.

We’re going to run the numbers by using a case study.  This is a hypothetical case study based upon a Sailor whom I worked with a few years ago.  Although I’ve changed some things, the basics are the same.

Petty Officer Jones is a hard working E-5, who has been in the Navy for 12 years.  He’s been on USS Neversail for about a year. Petty Officer Jones’ peers respect him.  He just got frocked to E-6.  To celebrate, he went out with a group of friends on the night of his frocking.  In case you’re not familiar with the term ‘frock,’ it means that he is wearing the new paygrade on his uniform, but is still receiving E-5 pay.  He thought he was all right to drive, but ended up with a DUI on the way home.  Now, his command knows about it and has decided to take him to CO’s mast (Navyspeak for non-judicial punishment, or NJP, proceedings).

Let’s look at three different scenarios that could play themselves out.

This is the least costly scenario.  It’s also the most unlikely scenario, as most commanding officers will assume that a newly frocked petty officer is not deserving of their paygrade if they get convicted of a DUI.  Even so, you can rest assured that:

This is the most likely scenario, if the commanding officer takes into consideration extenuating circumstances.  This could include previous performance, favorable endorsements from his chain of command, and whether or not he has a family that depends on his income.  A reduction to E-5 just means a reversion to the mean…he lost a promotion that he ‘unearned’ with his DUI.  However, this means everything outlined above PLUS:

This is the ultimate low blow.  Not only does Petty Officer Jones have his promotion taken away, but he gets busted a rank.  In the Navy, being frocked to E-6 means that you’re an E-5 who is wearing E-6 rank insignia.  So it’s possible (and I’ve seen it happen) for a frocked E-6 to be demoted to E-4.  And it sucks every bit as much as you think.

We didn’t get into any of the other military considerations, such as service-specific policies or calculating the financial impacts of NJP proceedings and demotions.  However, no service wants to keep employing people whom they feel are ‘dead weight.’  In today’s day and age, someone who doesn’t have promotion potential is exactly that.  And they’ll be cut loose as soon as possible.  In the Navy, a 2nd DUI conviction confers an automatic administrative separation, regardless of paygrade.

Let’s look at some other impacts:

Personal life:  Imagine the military spouse who sacrifices so much to find out that due to no fault of their own, their entire livelihood is in serious jeopardy.  Marriages usually don’t survive that.  Children find it hard to forgive the parent whose avoidable mistake causes so much damage.

Certification boards & business registrations:  You meet the requirements for a professional certification.  That’s great!  Now, you’re going through the process to be certified in your specialty.  You might find that you’ll have to disclose your DUI and present it for consideration.  While a DUI by itself might not disqualify you for consideration, it doesn’t help.

If you’re in a line of work that requires people to trust you, you’ll probably have to disclose your DUI.  And that doesn’t convey trust.

Getting a loan:  Banks aren’t going to loan to someone who can’t prove income.  Or who have to disclose convictions on their record. 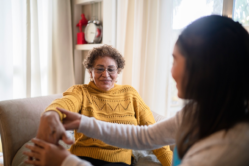