How to Deal With Culture Shock When Returning From Overseas

An overseas assignment will change your life. The trouble is, you may not realize how much you’ve changed until you return to America. I loved living in Europe for three years. But toward the end of our assignment there, we were looking forward to living back in the States, where everyone spoke English, we could…
Advertising Disclosure.

An overseas assignment will change your life. The trouble is, you may not realize how much you’ve changed until you return to America.

I loved living in Europe for three years. But toward the end of our assignment there, we were looking forward to living back in the States, where everyone spoke English, we could read the road signs, and stores like Target or Walmart would be a convenient trip. For the first few days, those things were exciting. We giggled over cheeseburgers and crab cakes (we’re from Maryland), happy to be in familiar territory for the first time in years.

But in the midst of our joy, there was confusion, too. The first time we walked into an American grocery store, I felt lost and overwhelmed. There was an entire aisle for yogurt! How could I possibly make a selection? We had a similar experience at Target, Walmart, and even a CVS pharmacy.

American stores were convenient, yes. For the first time in years, I could walk into one store and get everything I wanted. But the number of products made it feel like an intimidating maze. The consumerism in America was overwhelming, compared to the tiny fishing town we had grown used to in southern Spain.

I was confused. We had lived in America most of our lives and spent plenty of time in stores like this.

What Is Culture Shock?

“Culture shock” is the term used when a citizen returns to their own country after living out of it for some time. Things that were once normal and routine now feel foreign and strange. It’s because the person has grown accustomed to another culture. They now view their home country with foreigner’s eyes, as an outsider.

When a military family lives overseas for a few years, culture shock is a typical part of their stateside PCS move. It can happen to a service member after deployment too, or after someone returns home after retiring overseas. No matter how excited you are to return to America, there will be things that surprise you. The country changed while you were gone, and now you’re playing catch up with your own American traditions. It’s especially challenging if you PCS to a new area of the States where you haven’t lived before.

One way to describe culture shock is with shapes. Your home culture (America) is like a circle. Everything feels smooth, familiar, and comfortable. When you move overseas, foreign culture is like a square. It’s confusing at first, with traditions and routines that don’t make sense to you. But after a while, you adjust. You’re no longer a circle, but you will never be a square, either. You have become a star — your many points and edges allow you to adapt to the foreign culture.

When you move back home, you’ll remain a star. You can never return to being a circle. A star can learn to fit in back home, just as you learned to fit in overseas. But you’ll always have insights and perspectives that many Americans will not. That is culture shock — when you no longer feel at home in your own home culture.

How our military family experienced culture shock when returning from overseas:

How Do You Beat Culture Shock?

There isn’t a way to combat culture shock. You can only adjust your attitude to deal with it.

The more you stay informed and in touch with your home culture while you’re overseas, the less likely it will surprise you.

Mostly, culture shock fades slowly as you adjust to your new life back home. I’ve lived back in the States for two years now. I still haven’t grown used to large stores like Target, but I have no problem using restrooms and keeping up with technology.

If you’ve recently moved back, just give yourself time to adjust. And enjoy the fact that your time overseas has made a lasting impact on your life. You’re different now because you know what it means to be an American and a foreigner. 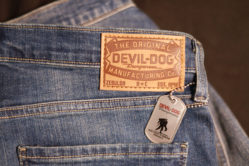 Lizann Lightfoot is a military spouse who has been following her Marine around the world for 15 years. A mom of 4 young children, she loves military resources, and anything free. Lizann is a published author, and the voice behind The Seasoned Spouse blog.