Home Military Career & Transition What Is the High Year of Tenure in the U.S. Military?

What Is the High Year of Tenure in the U.S. Military?

High Year of Tenure in the military is the maximum number of years an enlisted service member can serve in the military. HYT is used to retain high performers & stabilize the force.
Advertising Disclosure. 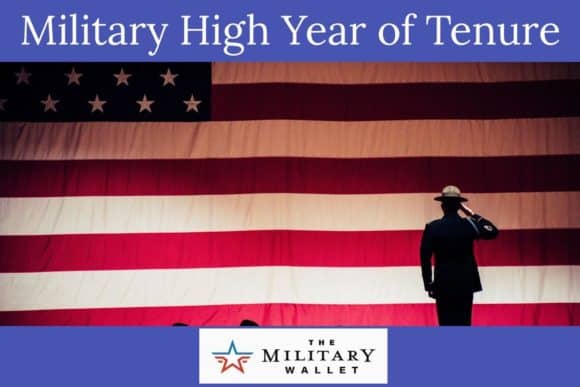 The military is continually working to build and maintain the optimal size and structure of its force, as well as the ideal fitness of its troops. One of the ways this is done is through the Military High Year of Tenure (HYT) Program. This program works to ensure enlisted US military members are actively seeking advancement opportunities across all pay grades.

HYT is used to maximize the retention of the highest qualified servicemembers and stabilize the force. The term describes the maximum number of years an enlisted Airman, Soldier, Sailor, Marine, etc. can serve before separating or retiring.

Standing still for too long in your military career will penalize you. The military expects its servicemembers to advance in both rank and pay grade every few years. The timelines and names of these programs vary by branch of service, and occasionally even between active duty and reserves.

The Air Force is actively tackling the problems that airmen face every day. The AF has extended the High Year of Tender rules, referred to by airmen as the “up-or-out rules.” The extension for senior airmen through technical sergeants began February 1, 2019.

Here is the maximum number of years you can serve at the current pay grade. These numbers apply to both active duty and reserves and include the updated extensions.

The Army refers to HYT by a different name, Retention Control Point (RCP). The following applies to those serving under AGR Title 10, including:

In the Navy, the requirements for HYT vary between active-duty members and reservists.

Marines have service limits for those who have not been selected for promotion within a given time. This is different than HYT. When a Marine reaches their service limit, they can be separated from the active component at the expiration of active service (EAS) or transferred to the Fleet Marine Corps Reserve (FMCR).

Each grade’s service limits are a part of the Marine Corps Enlisted Career Force Controls (ECFC) program. This program aims to hold in balance the number of active Marines by grade and MOS. It takes into consideration service limits, HYT, and the needs of the Corp.

The following are the service limits and HYT for the Marine Corps. The HYT is listed separately if different from the service limit for that grade. The final decision is always made based on the needs of the Corps.

Prior active service in other branches is counted towards the total for E6 and above. HYT is utilized for certain grades when the soldier has failed selection twice for promotion.

Waivers of service limits for reserves are on a case-by-case basis. These waivers are considered when:

When the Coast Guard refers to HYT, it goes hand in hand with Professional Growth Points (PGPs).

The current PGPs are listed below but are subject to update based on the needs of the Coast Guard. PGP refers to the maximum amount of active military service, across branches, that a member can have for their current pay grade.

If a Coast Guardsman’s active military service time is greater than or equal to their PGP on December 31, they become a HYT candidate. All members in the E9 paygrade are subject to HYT.

Are You A HYT Candidate?

If you find yourself in a position where you need to fight the HYT to remain in the military, waivers can be submitted. You will need to justify that you are in this position and need letters of recommendation and the support of your immediate chain of command.

There have been adjustments within retention as our armed forces work to ensure the events of 2020 and the COVID-19 pandemic don’t weaken the force. Each branch has had significantly different experiences with recruitment and retention this past year, and it may affect your ability to access waivers.

If you are a HYT candidate, you may have options if you wish to stay in the military. You can request a waiver to reenlist or explore an inter-service transfer. If these are not options, either because of increased retention in your branch or a desire on your part to separate, it may be time to start thinking about your next career.

What Happens When You Reach Your High Year of Tenure?

You should work with your career field advisor or retention officer when you are approaching your HYT. As mentioned above, you may be able to apply for waivers. If not, you will have some big decisions to make.

If you are eligible for retirement based on your years of service, you will likely be required to retire at that time.

If you are not eligible for retirement, you will most likely be forced to separate from active duty. If so, you may be eligible for involuntary separation pay. Check with your personnel, Human Resources, or similar office.

In some cases, you may be eligible to transfer directly into the Guard or Reserves. The HYT shouldn’t impact you if you transfer into a traditional Guard or Reserve capacity (the “one weekend a month, two weeks a year” status many are familiar with). However, HYT may impact you if you attempt to transition into an Active Guard Reserve (AGR) billet, which is a full-time position. AGR positions follow the same rules as active duty military members.

If you receive involuntary separation pay, later join the Guard or Reserves, and end up retiring from the Reserve Component, then you will be required to pay back your involuntary separation pay after you begin receiving your military retirement pay. However, this can be deducted in increments from future retirement paychecks. This often works out to the advantage of the servicemember in the long run, as the member will end up qualifying for retirement benefits including pay and health care.

Transitioning out of the military is a big decision, but The Military Wallet can guide you through each step of the process.