When you’re on the road and you’re looking for a comfortable place to stay for the night, you probably want to sleep without breaking the bank.

You’ve likely heard of Motel 6 and their famous motto, but did you know they had a military discount?

Let’s check out Motel 6 and what they have to offer and take a glance at their discounts for you.

Motel 6 has established a program that offers a 10% discount to show their gratitude for these brave men and women who provide a great service to the nation. For the members of the United States Armed Forces members who are either active, reserves or veterans.

This discount is for the members of the U.S. Armed Forces members who are either active, reserves, or veterans. The offer is extended to their families as well.

Any military member of the U.S. armed forces, whether they are active, retired or a veteran, can avail of this fantastic deal.

We did not see any mention of this discount being extended to first responders, active police, emergency medical technicians (EMTs) and fire personnel.

The process to avail of the offer is pretty simple. While you are booking online, all you need to do is select “Military Rate” from the drop-down menu for your discount.

This option will become available when you are selecting a room type, and once selected, it will be applied automatically. And it is not limited to bookings made online either.

A few years ago, there was an incident where a member of the military was turned away from one of the Motel6 locations in Arizona based on his age.

The soldier claimed that he was stranded in Charlotte, North Carolina after his flight was canceled. But after he had booked a room with the help of the United Service Organization, he was allegedly turned away because he was under 21.

But later, the Motel 6 management clarified that turning away a member of the armed forces was not their company policy, and they were retraining their staff to make sure incidents like these do not happen again.

They said that the staffer was not aware that military personnel are not held to the same rule when it comes to age.

Motel 6 clarified that they got in touch with the soldier and his family, and took every step possible to gain back their business.

They also apologized to all military personnel and Motel 6 guests for the error that occurred.

Founded in 1962 and made famous by the tagline “We will leave the light on for you”, Motel 6 was created by two former building contractors and is one of the most recognizable brands in the United States.

The company has over 800 locations spread throughout the US and Canada and provides quality lodging, clean rooms, and a great environment to its customers at the best price available.

The first of the motels (with 52 rooms) opened in Santa Barbara, and the chain derives its name from the initial price their rooms cost in 1962: $6!

Motel 6 provides many free amenities such as morning coffee, expandable cable TV, free local calls, free stay for kids under 17 (while occupying the same room with an adult family member).

Other facilities include non-smoking rooms, swimming pools, and guest laundry facilities, and WiFi (could be chargeable).

Almost all of these motels are pet-friendly (some conditions may apply).

The chain won more advertising awards than any other in the lodging industry and in 1994, they adopted the franchise model.

The chain opened its first motel outside of the US in Ontario, Canada, in 2000. Since then, Motel 6 has seen many facelifts to keep up with the times; now all rooms across their motels have adopted a slick European-style design. Motel 6 has now more than 1,400 motels in 29 states the US and 5 provinces in Canada.

It has upwards of 20,000 employees and is the largest US operator/owner in the US economy segment.

The military discount page on the Motel 6 website clearly states that the military rates are not valid with any special rates and may not be available during special events.

This should not come as a surprise because generally, companies do not allow two types of discounts to be applied at the same time.

The discount is available for personnel serving in the military, those who are retired and their families. Eligible persons and servicemen who wish to take full advantage of the offer would need to provide proper identification while checking in.

There is no dearth of choices from what you can show as proof and you should choose whichever option describes you best.

These identities could be the DD Form 215/215 (issued to members when they are discharged from the service), military ID card (issued to personnel on active duty, National Guard, Reserves or retirees) or a state veterans ID card.

You can also verify using a United States Automobile Association (USAA) membership, and it includes active, retired or honorably discharged personnel, officer candidates (academy, ROTC/OTS/OCS) and their adult children who have any USAA property or auto insurance policy, the most recent LES or ERB/ORB, a government service record (if you were on active duty after 30/09/1985), or requesting a copy of the DD214.

This special rate is only valid in a country that a guest has served in or is currently serving.

These rates have no cash value and cannot be combined with any other discounts. Also, remember that these discounts and rates are subject to room availability on a per-night basis.

Other Ways to Save at Motel 6

Here are some other ways you can make the most of your Motel 6 experience: 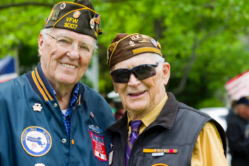 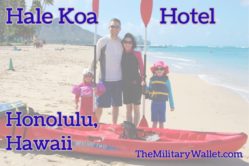 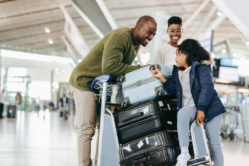