Service Requirements to Retire as a Commissioned Officer 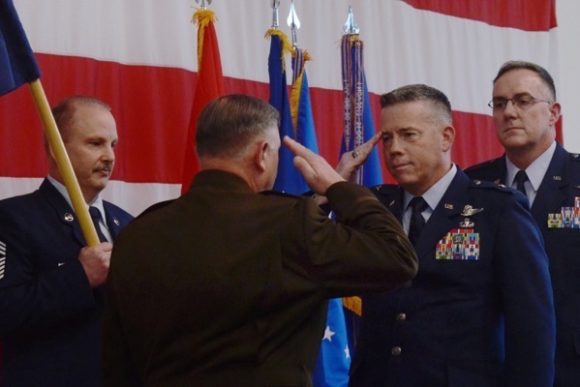 Earning a military retirement can be complicated, especially when your service status changes throughout your career. Complicating factors can include changing branches of the military, transitioning between active duty and the Guard or Reserves, or earning your commission after starting your career as an enlisted member. Several service members have contacted me regarding the qualifications…

Earning a military retirement can be complicated, especially when your service status changes throughout your career. Complicating factors can include changing branches of the military, transitioning between active duty and the Guard or Reserves, or earning your commission after starting your career as an enlisted member. This article examines the service requirements for retiring as a commissioned officer. This article primarily applies to service members who were previously enlisted, then later earned their commission and remained in the service through retirement.

I know this may seem contrary to what you may have read or heard elsewhere. So I’m going to dive into the details. Please read through this entire article, as we will look at examples and include references and links to Title 10 of the U.S. Code, which is the section of U.S. law that governs military service, including pay, retirement, discharges, and much more.

And, as you might have guessed, there will certainly be some exceptions to these rules. So I will try to point these out where applicable.

Keep in mind this can be a complicated topic and there can be exceptions to these rules beyond what is listed here. I recommend visiting with your Human Resources or Personnel office, or even your base JAG if you have specific questions about your career or retirement eligibility. When it comes to your career you need an expert to give you the facts in writing.

Qualifying for a Military Retirement

In most cases, military members must serve 20 years to be eligible for normal military retirement. There are some exceptions, including the Temporary Early Retirement Authority (TERA), which allows members to retire with as few as 15 years of service, and Chapter 61 medical retirements.

TERA is only offered when the military needs to selectively reduce the size of its force. It is generally only offered in specific branches, and then, usually only for targeted career fields and service classes (years of service).

Medical retirements are complicated and the situation is often unique to the individual. This type of military retirement will not be covered further in this article (you can read more about it in Ch 61 of the U.S. Code if you want the details).

Qualifying for Retirement from Active Duty

Qualifying for Retirement from the Reserve Component

Qualifying for Retirement as a Commissioned Officer

If you read the BLUF at the top of the page, I stated that prior-enlisted officers who retire from active duty need to serve 20 years on active duty, with at least 10 of those years being as a commissioned officer (waiverable to 8 years of commissioned service).

However, I also stated that wasn’t the case for members of the Reserve Component.

Let’s take a look at the U.S. Code that governs these types of retirements so we can see for ourselves how this works:

Let’s go to the source:

Let’s go to the source:

(a)Except as provided in subsection (c), a person is entitled, upon application, to retired pay computed under section 12739 of this title, if the person—

Notice there is no language requiring the member to have a certain number of years of commissioned service. Members retiring as an officer in the Reserve Component simply need to meet the 20-year service requirement.

That said, members may incur a service commitment when they commission, so they may be required to fulfill this prior to voluntarily retiring. There are also time in grade requirements to retire under a certain grade (see the section below regarding retirement pay grade).

Exceptions to the Above

If you parse the above sections, you can see there are some exceptions to the rule. Members need 20 years of service unless they qualify for early retirement under TERA (minimum of 15 years of service, and this is only available in select cases and when authorized by the Secretary of the branch of service). TERA can apply to both active duty and the Reserve Component.

This combination of early retirement and the required number of years as a commissioned officer can have some unintended consequences, which we will examine later.

Finally, there may be other exceptions regarding Chapter 61 medical retirements, and for certain specific situations that will remain outside the scope of this article.

What Will Your Retirement Pay Grade Be?

There is a lot of legalese in the preceding link, so I’ll translate:

In general, if you will retire at the rank of Major or Lieutenant Commander or lower, you must meet the retirement eligibility requirements listed above and have at least six months of satisfactory service at that rank.

Service Ending at O-5 and higher

There are additional rules for retiring at the pay grade of O-7 through O-10.

Retiring at a Lower Grade

Officers who are retiring without the required time in service for the specific rank may be retired in the next lower grade in which they served satisfactorily, for not less than six months.

This article will not cover reduction in grade for conduct unbecoming an officer, or for other administrative reasons. Speak with your JAG if that situation applies to you, as they will be able to provide personalized information specific to your case.

The U.S. Navy, and by extension, the U.S. Marine Corps, follows the federal law for retirement pay grade. However, they also have their own policy regarding retirement rank. According to OPNAVINST 1811.3A, Navy Policy has the following Time in Grade requirements:

In other words, the only changes are for O-3 and O-4, which require members to serve 2 years TIG instead of a minimum of 6 months required by law. However, COMNAVPERSCOM may waive up to 18 months of the 2-year period.

In short, it’s important to review the federal law, but you should also verify your branch of service’s policies.

Use This Information to Plan Your Career & Retirement

Don’t let retirement sneak up on you. Make sure you know your service class, when you will be eligible to retire, and at which grade you should retire.

This information can help you make important and valuable career decisions and help you avoid costly mistakes such as turning down orders and retiring before you have accrued the necessary service time as a commissioned officer, or the necessary time in grade to retire at that pay grade.

The difference can have a massive impact on your retirement pay.

If You Are Retiring from Active Duty

If You Are Retiring from the Reserve Component

Qualifying for Retirement from the Reserve Component:

Note: You may incur a service commitment when you earn your commission. There may be a requirement to fulfill this service commitment before you will be allowed to voluntarily retire. Speak with your human resources or personnel office for more specific information.

Real World Examples of How These Rules Can Impact Your Retirement

Again, it pays to understand the mechanics of retiring as an officer.

When you are in the latter stages of your career, you are often at the mercy of your functional or career advisor. They will often send you where the need is the greatest, whether or not it is a desirable career move or your preferred location. And since they know you need to follow orders to remain in the military, they have you in a tough spot.

This is where you need to decide whether or not to accept or decline the orders. Accepting the orders means you pick up your life and move (yet again). Declining your orders pretty much means game over for your military career. It’s actually not uncommon for military members to receive orders after they are eligible for retirement and decide they would rather retire than uproot their families for another cross-country or international move.

Diving into that decision is a topic for another day. But it’s important to understand how it will impact your retirement. If you are a prior-enlisted officer with 20 years of active duty service, but fewer than 10 years as a commissioned officer, you might want to think long and hard about the impact this could have on your retirement benefits.

Likewise, you may consider taking the orders if you recently promoted and will not have the time in grade to retire at that pay grade. Only you can decide whether or not taking those orders is worth the additional income (and stress) that comes with accepting new orders. The key is to be aware of your options and the impact of accepting or declining.

In a perfect world, military members would be able to remain on duty until they were ready to move on. Unfortunately, it doesn’t always work that way, and the military does, from time to time, force people out of the military through involuntary separations and forced retirement.

In effect, these Soldiers had been rewarded with career advancement for their exceptional service, then they were later forced out due to Force Shaping requirements, and were not allowed to retire as officers because they did not have the requisite service time. As you might imagine, this did not go over well.

Thankfully, enough attention was raised about this issue, and after a Congressional inquiry, the Army allowed the members to retire as officers.

As our good friend, GI Joe said, “Knowing is half the battle.”

Use this information to guide your career and make the right decisions. You should be able to avoid the unintended consequences of turning down orders at the end of your career and,

And while Example 2 is outside of your control, being aware of this situation gives you the information you need to file an appeal or work with your JAG to see if anything can be done to avoid missing out on the retirement benefits you have earned.

Photo Credit: Photo by Master Sgt. John Hughel. This work is in the Public Domain. The appearance of U.S. Department of Defense (DoD) visual information does not imply or constitute DoD endorsement.