A new bill was recently proposed to Congress that, if enacted, would allow veterans to use their Post-9/11 GI Bill as collateral to obtain a small business loan. On the surface, I like the idea. The GI Bill serves a great purpose—to help prepare veterans for life after the military. But not everyone is cut…
Advertising Disclosure.

A new bill was recently proposed to Congress that, if enacted, would allow veterans to use their Post-9/11 GI Bill as collateral to obtain a small business loan.

On the surface, I like the idea. The GI Bill serves a great purpose—to help prepare veterans for life after the military. But not everyone is cut out for college, and not every job requires a degree. In fact, I’ve known many successful entrepreneurs and small business owners who either didn’t have a degree, or who started a business in a field not directly related to their degree (including yours truly; my business has nothing to do with my degree).

What are Current Entrepreneurship Options for Veterans?

There are many programs to help veterans get into entrepreneurship. But most of them only offer training. And that will only get you so far in many businesses that require startup capital.

For example, the VA currently only pays for entrepreneurship training through the Small Business Development Center (SBDC) (more info). But there aren’t many other options through the VA.

Unfortunately, there is no way to tap into any GI Bill funds for many different types of entrepreneurship training, or for a loan to start, purchase, or expand a business.

Info About the Proposed Bill

The proposed bill has some checks and balances to help veterans get off on the right foot and to prevent fraud. According to Military.com:

Before a veteran could access that funding for loan collateral, the business plan would have to be vetted and approved by an independent board of business experts. The veteran would also have to attend a boots-to-business course at an accredited university.

With that done, the veteran would then apply to access the capital in their G.I. Bill as a no-interest loan to be paid back over 10 years.

I like the checks and balances in place. Handing someone a large loan without training or other approval measures would be a recipe for disaster for many people.

What Are the Long-Term Implications?

I like the idea in general, but Id like to see more details and information about the proposal.

The biggest concern I have is this is a loan, not a grant. So veterans would have to put their education benefit on the line to pay back a loan. In other words, they are trading the opportunity to receive hundreds of thousands of dollars in education benefits so they can take on debt.

Let’s dive even deeper. Small businesses are notoriously risky. According to the Small Business Administration (SBA), approximately half of small businesses fail within the first 5 years. There are many reasons for small businesses failing, most of which fall outside the scope of this article. So what measures are being taken to help veterans succeed beyond the initial training and approval?

Overall, I like the idea of supporting small businesses. I’d love to see more details and see the answers to the questions raised above. And I would hope there is some form of ongoing mentoring program or access to resources.

But more than that, I’d like to see this changed to a grant instead of a loan, or possibly a hybrid grant/loan program.

The cost of offering a grant instead of a loan would certainly be much higher than using the GI Bill as collateral for a loan. But it would also better equip veterans for life on the outside, and give them a better shot at success. There would, of course, need to be checks and balances in place to prevent fraud. Otherwise, it would be too tempting for many veterans to take a quick small business course in order to cash in their GI Bill.

But the long-term costs of such a program could actually be less expensive than paying for 36 months of college benefits, which can exceed $175,000 when taking tuition, BAH, book stipends, and other costs into account.

A hybrid grant and loan option could be done for much less than $175,000. For example, a program could be constructed in a manner that would put the veteran through a several month small business or entrepreneurship course, then give them a grant and/or upon completion of the small business program and approval of their written business plan.

There are many ways this could be done. Such as a flat rate grant, or perhaps the business plan could call for x-amount of capital. This could be provided with a portion of the amount as a grant, and the other portion as a loan. Requiring part of the amount to be a loan gives the veteran some skin in the game and incentive to be successful. And giving part of the amount as a grant could both save the government money and help the veteran more easily succeed. And it might just drive a better return on investment for the veteran and the overall economy.

I’d love to hear your thoughts on this topic. 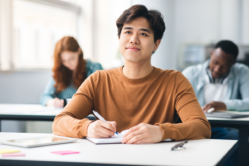 What is the GI Bill Yellow Ribbon Program? 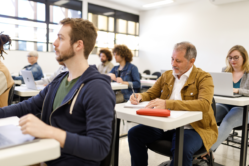 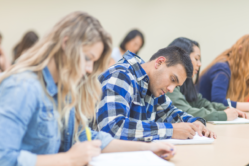