Home Military & Veterans Benefits TRICARE Roundtable Discussion – The Good, The Bad, and How to Improve TRICARE

TRICARE Roundtable Discussion – The Good, The Bad, and How to Improve TRICARE

Tricare is the military health care program. There are several Tricare plans that cover military members and their families. Which plan you are eligible for is often determined by your military status - active duty, Guard or Reserve, military retiree, or family. In this article and podcast, we discuss the pros and cons of Tricare as well as some areas for improvement.
Advertising Disclosure.

How would you improve TRICARE?

TRICARE is the military medical care program. There are several different versions of TRICARE, which are made available to active duty, military retirees, members of the Reserve Component, and the family members of these respective groups. TRICARE has several different plans that cover the different groups of military members. You can learn more about these individual programs, including eligibility and coverage, in this TRICARE overview.

In today’s article podcast, we’re doing a roundtable discussion about TRICARE – the good, the bad, and areas where TRICARE can be improved. In this episode, we primarily focus on TRICARE Prime and TRICARE Reserve Select, as those are the plans we have direct experience with. We cover a lot of ground, including some areas where TRICARE shines, some of the issues we’ve experienced, and some of the areas where we would like to see improvements. Overall, TRICARE is substantially more affordable and offers greater coverage than many other health care programs that can be purchased in the civilian market place. TRICARE is a great benefit, but it does have some downfalls. Join us, as we explore this topic and discuss the value of TRICARE, some issues we’ve had, and some ways to improve TRICARE.

No longer eligible for TRICARE? Learn about health care options available to you after leaving the military.

All Military Members Are Covered. TRICARE is available to all active duty military members and their families, retirees and their families, and members of the Reserve Component (including retired Guard and Reserve members). Plan eligibility and pricing depends on which group you fall into. But coverage can be had for anyone who belongs to one of those groups.

The more popular TRICARE programs are:

Click on the above links to learn more about each plan, including eligibility, coverage, monthly premiums or out of pocket expenses (if any), and other details.

In general, we all seem to agree that TRICARE does a very good job overall. There are areas for improvement, but that is to be expected with any large organization.

In the podcast, Doug shared his experience with a recent bout of appendicitis, in which he ended up in emergency surgery. Everything turned out well from a medical perspective. And in regard to TRICARE, Doug never saw a bill or had any issues. Score one for the system!

I had a similar experience when I had knee surgeries while I was on active duty. Our base had a clinic, but not a hospital. So I received an off-base referral. My base doctors and med techs handled the referrals and scheduling, and TRICARE took care of all the bills. I never had to worry about anything.

Kate mentioned her experiences with US Family Health Plan, a little-known TRICARE option available to TRICARE members in certain geographic areas. Kate and her family are able to receive medical care through Johns Hopkins, a top-tier medical facility on the East Coast.

Kate has also PCS’d several times, which presents issues. Each time you PCS, there can be a learning curve. Thankfully, Kate has found that TRICARE is forgiving when it comes to allowing retroactive claims when the individuals were being transitioned into a new TRICARE region, or for similar issues.

Any large organization will have issues, and TRICARE is no exception. While I’m sure there are some horror stories out there, most issues turn out to be major inconveniences or huge time sucks while correcting the issue.

Because of this, it’s extremely important to stay on top of things and work closely with your provider and billing to make sure everything is taken care of correctly. Mistakes can and do happen. If you experience any issues, you should seek out a TRICARE case manager, or TRICARE ombudsman to assist with your problem. When all else fails, you can file a grievance, which, as Doug mentions in the podcast, is like bringing a nuclear weapon to a gunfight. It gets customer service’s attention very quickly.

Doug mentioned several issues he has had:

Doug, Kate, and I have all had different issues with TRICARE, and for the most part, we’ve been able to work through the issues before they became major problems. Remember that you are your own best advocate. And that means it’s important to stay informed about your benefits. This includes reading the website, downloading the benefits guides and reading through the fine print, following up with your care providers, and following up with the TRICARE customer service providers.

In general, TRICARE customer service reps want to work with you to find a solution to the issue. So it’s important to treat any issues as though you are working toward a common goal, which is correcting the problem.

Persistence is important. Sometimes the first answer is always no. That doesn’t mean the final answer is no – just that there may be a process that needs to be followed before TRICARE will say yes. (This is the same at most insurance providers, by the way). Kate gave an example of how it can be difficult to get TRICARE to pay for specialized baby formula unless there is a documented need, and certain steps have been taken.

How to Improve TRICARE

TRICARE is a massive organization, so improvements aren’t always something that can happen at the drop of a hat. Their hands are also tied due to Congressional mandates, budgetary limits, and other factors. So our recommended improvements are focused on ease of use for participants, not asking for unreasonable or impossible solutions.

Overall, I’m very happy with TRICARE. The price can’t be beaten, especially for those who use TRICARE Prime. Even TRICARE Reserve Select is a more affordable option than just about any health care plan you can find on the economy. I think Doug and Kate are in agreement on this and seem to be very happy with the overall quality and cost of their health care.

How Would You Improve TRICARE? 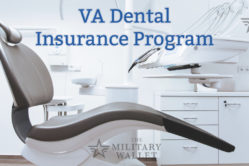