Military retirement pay is based on a percentage of the base pay you received prior to retiring from active duty, or from the Guard or Reserves. One of the benefits that makes military retirement pay so valuable is the built-in annual Cost of Living Adjustment (COLA). COLA is pegged to the Consumer Price Index (CPI),…
Advertising Disclosure. 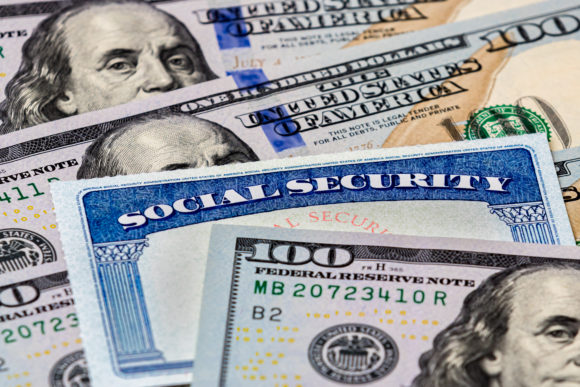 COLA is pegged to the Consumer Price Index (CPI), which is a formula calculated by the Bureau of Labor Statistics. In layman’s terms, it tracks inflation for the cost of certain consumer goods.

The final measurement is used for many government calculations, such as the Cost of Living Adjustment for federal pension plans (including FERS and CSRS pensions, and military retirement pay), as well as COLA increases for Social Security Benefits, VA Disability Compensation and other government benefits programs.

In short, COLA is there to help your military retirement pay maintain its purchasing power over time.

Related: Did you know that your military service may increase your Social Security Benefits?

The Cost of Living Allowance for 2022 will be 5.9%. This is the same increase that will be applied to Social Security recipients, VA disability compensation rates, and many other recipients of government pensions and other benefits programs (verify the final numbers with the parent agency if you receive a different form of compensation).

This military retirement pay COLA increase will take effect in your January 2022 payment.

How Much is the Annual Military Retirement Pay COLA Raise?

The COLA amount varies each year, based on the federal measurements for the Consumer Price Index.

Here are the past 12 years of military retirement COLA pay raises:

As you can see from this table, three years in the previous decade (2010, 2011, 2016) had no annual COLA increase. This was due to the low inflationary period of those years. The COLA will generally be higher in years with high inflation. Remember, the purpose of COLA is to maintain the spending power of your retirement check, not necessarily make you richer.

Which Retirees Receive This COLA Increase?

If you retired under the Final Pay or High-3 retirement plans, and you have been retired for longer than one year, you should receive the full COLA increase. If you retired in 2020 (or plan to retire in 2020), your COLA may be affected. COLA is applied on a sliding scale if you retired during the calendar year.

DFAS typically publishes a schedule for retirees who retired in the previous year.

Here is a previous example for military members who retired in 2013 (2014 had a 1.5% COLA increase). You can use these as a reference point.

Recent military retirees receive COLA based on the quarter in which they retired. For example, those who retired between January 1, 2013, and September 30, 2013, received a full or partial COLA, as follows:

The reduced payment is a one-time deal, and only affects retirees following the year in which they retired. Retirees will receive the full COLA increase in subsequent years of retirement.

REDUX COLA Adjustments Will Be Smaller

If you signed up for the $30,000 Career Status Bonus at your 15-year mark and agreed to retire under the REDUX retirement plan, you will receive a smaller Cost of Living Adjustment each year. This is the agreement you made in exchange for receiving the $30,000 cash bonus. REDUX retirement recipients receive a COLA that is pegged at CPI – 1%. So for the 2020 COLA, REDUX retirees would only see a 0.6% COLA increase for the year.

This is a further example of why the REDUX retirement option is not in the best interest of military members.

More Info on CPI and Threats to CPI-Based COLA

How is CPI Determined

The measurement the government uses is called the Consumer Price Index for Urban Wage Earners and Clerical Workers (CPI-W), but you will often hear it simply referred to as CPI. The CPI is determined by measuring the price increases for consumer goods, such as food and beverages, housing, clothing, transportation, medical care, recreation, education, communication and more.

The government has recently examined several methods of decreasing the annual COLA pay increases for military retirees and other government benefits recipients. Two of the more stringent methods are explained below:

Chained CPI. Chained CPI is a measurement that reduces the overall CPI used today. The theory is that as the cost of some goods increase, people replace them with lower-cost goods. An example would be, as the price of steak increases, people eat less steak and more chicken. And as the cost of gasoline increases, people will carpool, drive less frequently or take public transportation. There are flaws in these assumptions, but that is the gist of it.

Congress decreased Military Retirement Pay – then restored it. In early 2014, Congress agreed to decrease the annual Cost of Living Adjustment similar to the REDUX option. Retirees would receive an annual COLA of (CPI – 1%), up to the age of 62, at which point they would receive a one-time adjustment to bring their compensation back to the level it would have been under the full COLA method we have now. Then full COLA increases at the CPI rate would resume. This was later voted back to the current method.

While these last two examples didn’t end up happening, it’s important to keep in mind that there are threats to your military retirement pay.