Do Military Members Get Paid Enough?

Do military members get paid enough for the sacrifices they make and the risks they take? The answer is a lot more complicated than simply looking at one's monthly paycheck.
Advertising Disclosure.

Several years ago I wrote an article on my other website about food stamps in the US and how they are not providing enough assistance for some people. Many people are finding that food prices are quickly rising and they are running out of food stamp benefits before the end of the month. In some parts of the US, people who receive food stamps are lining up at stores at midnight on the first of the month because that is when their benefits are automatically deposited in there accounts.

This reminded me of how the base commissaries are always crowded on the 1st and the 15th of the month, because this is when military members get paid and they need groceries.

But is it enough? Everyone knows the dangers of being in the military. Many military members put their lives on the line every day, which makes them some of the most underpaid people in America. But there are also other considerations, such as working with hazardous materials and in dangerous situations, being on call 24-7/365, and dealing with long term deployments and family separation. This begs to ask the question, is a job worth your life? But to me, being in the military is more than just a job. It is a duty and a way of life.

The benefits. On the other side, there are multiple benefits military members enjoy that many people don’t consider. Military members receive tax free housing and food allowances, free health care, access to high tech training and other educational benefits, multiple pay allowances depending on job and/or location, numerous veterans benefits including the GI Bill and the VA loan, military discounts, and other veterans benefits which may vary depending numerous factors including state of residence, disability status, and more. And military retirement benefits are among the best in the world.

In the end, you can never put a price on a human life, and I am not going to attempt to do that. Even though most military members will never get rich off their paycheck, most earn enough to live comfortably. 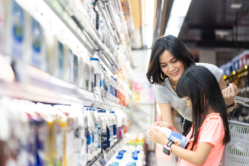