Home Military & Veterans Benefits Military Pay What is Sequestration? The Impact of Forced Budget Cuts to the Military Budget

What is Sequestration? The Impact of Forced Budget Cuts to the Military Budget

This article has been updated to reflect the impact of Sequestration on the military and DoD as it occurred during 2013. It now serves as a historical reference to the impact of the debt ceiling and the associated budget cuts that impacted all levels of government during this period. Sometimes the decisions of the past…
Advertising Disclosure.

This article has been updated to reflect the impact of Sequestration on the military and DoD as it occurred during 2013. It now serves as a historical reference to the impact of the debt ceiling and the associated budget cuts that impacted all levels of government during this period.

Sometimes the decisions of the past can come back to haunt us. As we sit here in early 2013, we look back at August 2011 and have to ask, “What were they thinking?” In August 2011, Congress passed the Budget Control Act of 2011 to avoid surpassing the debt-ceiling, the Congressionally-mandated limit to how much our country can legally borrow.

The threat of exceeding the debt-ceiling threatened to shut down the government and cause harm to our country’s ability to borrow money in the future. As a result of the Budget Control Act of 2011, Congress enacted a sequestration, which essentially means mandated spending cuts across all virtually all government spending, including civilian and military programs, homeland security, health care, the Department of Transportation, education programs, Congressional spending, and more.

The sequestration was enacted as part of the 2011 Budget Control Act which mandated federal budget cuts designed to save the government $1.2 trillion over the next 10 years. There are $85 billion in cuts scheduled for FY2013.

The sequestration will cause a 9% decrease in budgetary spending across the board. Which means some programs will be unilaterally cut, while others will be scaled back. The good news is that military pay will remain unaffected. Unfortunately, the services won’t have full control over how to implement those cuts. In some cases, vital programs and jobs will be cut or scaled back. 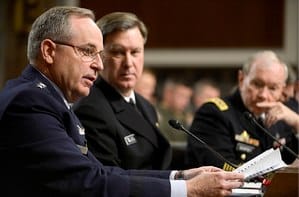 The Budget Control Act of 2011 was more or less rushed through Congress at the last hour, with the intent on changing the language before the sequestration took effect. Unfortunately, Congress did not agreed upon new language to the act, and the spending cuts went into effect on March 1st. Unless something changes soon, the military will see many changes. Here are a few changes we expect to see, unless something happens soon.

Military Pay Safe – Some Benefits Will Be Cut

DoD Officials have stated that pay for military members will be exempted from the sequestration cuts enacted on March 1, 2013. Base pay and benefits such as BAH and BAS should remain intact.

However, the military has already stated that some non-monetary benefits many service members take advantage of will be impacted. For example, military tuition assistance has already been cut from the Army and Marines. It is likely these changes will also affect all branches of the military. Other programs that may be affected include MWR programs and education programs.

DoD Civilian Pay Will be Impacted

According to AF.mil, “Civilians may be furloughed without pay for up to 22 discontinuous (or 30 continuous) days spread over a maximum number of pay periods possible with no more than 16 hours furloughed per pay period. The covered pay periods are from April to September 2013.”

Some reports state the furloughs could cost civilians one day pay per week for the next five months, or until Congress approves a new budget. One day per week would equate to a 20% cut in pay. Each branch of service will be able to approve a limited number of exemptions for high-impact mission related jobs. These will be few and far between.

Many temporary employees and contractors have already been given layoff notices.

According to AF.mil, “Civilians may be furloughed without pay for up to 22 discontinuous (or 30 continuous) days spread over a maximum number of pay periods possible with no more than 16 hours furloughed in pay period. The covered pay periods are from April to September 2013.”

This is a tough pill for many to swallow, as it makes financial planning difficult and will stretch many budgets. One aspect many people don’t think about after the initial shock wears off is how the sequestration will affect Thrift Savings Plan contributions. The good news is that none of the rules around the TSP are changing – the government isn’t taking away agency matching or preventing participants from making contributions. TSP Contribution limits remain unchanged. However, because agency matching is based on earnings, many TSP participants will see decreased retirement contributions this year. Let’s take a look at how the sequestration will impact Thrift Savings Plan Contributions.

Civil service members and DoD civilians will see the most changes with their TSP accounts. While there are no direct rule changes to how the TSP is administered, the impact of working fewer hours and receiving reduced pay will decrease the total agency contributions members receive.

Let’s take a look at how Agency contributions work, and how the sequestration will impact retirement contributions. Here is the TSP agency matching chart, courtesy of TSP.gov: 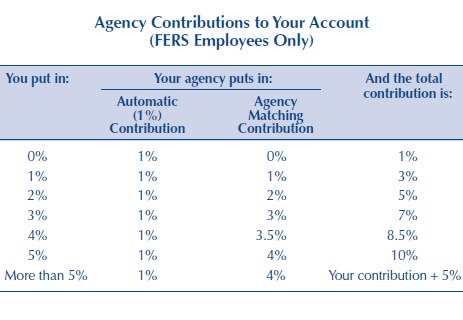 As you can see from the chart above, the government automatically contributes 1% of your base pay, regardless of whether you make any contributions. FERS Employees then receive a 100% match for the first 3% of their pay they contribute, then 0.5% for the next 2% of their contributions from their base pay. Nothing on the above chart is changing. However, because your pay is decreased, the total amount of your contributions will be decreased.

Taking a TSP loan is an option, if necessary. But keep in mind there are several downsides of taking a TSP loan, including the need to immediately pay the loan back in full if you leave your job. If you believe you may be laid off, a TSP loan is one of the worst things you can do. My recommendation is to learn more about TSP loans before determining if this is an option for you.

TSP hardship withdrawals are an option if you absolutely need access to your cash. But again, I recommend looking everywhere else for additional cash before going down this route. There are several reasons, but mostly because it will end up costing your more money in the long run. Here is how a TSP hardship withdrawal will affect your TSP plan:

Here is more information on the downsides of TSP hardship withdrawals.

The sequestration related budget cuts are forcing the Department of Defense (DoD) to start getting creative on how they look for ways to cut the military budget in the coming fiscal year(s).

The DoD also looked to cut additional military benefits, including:

Of course, other cuts would also need to happen to meet the mandated budget cuts. Some cuts would be sure to include weapons system cuts, Morale Welfare and Recreation (MWR), base activities, and more.

The DoD considered halting promotions and PCS moves for fiscal year 2014. Many military leaders were not convinced this was a feasible option, as the military would need to promote troops to backfill those who leave through normal separations and through retirement. Halting promotions would create an imbalance in the rank structure, most likely leaving the military with too few people in the middle and upper middle ranks. Halting promotions is also not very feasible due to Status of Forces Agreements (SOFA), training requirements, deployments and other military needs.

Reducing PCS moves, however, was a much greater possibility that stopping promotions. Even so, stopping all PCS moves is not always a feasible option.

While the military may be able to lengthen the amount of time that many members of the military stay at any one duty assignment, the federal government will most likely not be able to completely halt all moves.

A large number of military members are conducting initial or mid-level career training throughout the year. At the end of these training periods, which can be many months or even a year or more long, these military members and their families will need to conduct a PCS move to their next assignment.

Military members stationed overseas may face Status of Forces Agreements (SOFA) that limit the amount of time they can spend overseas. When those members reach their time limit, they must move out of the country and PCS to another base. Someone will be needed to backfill those troops who are moving.

The Air Force, Army, Marines, and Coast Guard all paused their Tuition Assistance programs during Sequestration. Of the major branches of the military, only the Navy did not cut their TA program, though they were considering a modified program that would only cover a portion of tuition.

Cutting Tuition Assistance was an unpopular move that received a lot of backlash from current servicemembers, veterans groups, and even certain members of Congress. However, military leadership was in a bind because the budget cuts were forced upon them.

Restoring Tuition Assistance received enough attention to garner over 100,000 signatures on a petition to the White House. 100,000 signatures is the required minimum to receive a response from the White House. Congress responded by passing legislation that will provide funding to the Department of Defense to enable them to reinstate Tuition Assistance Programs. 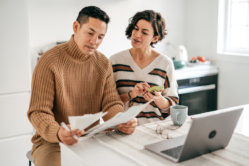 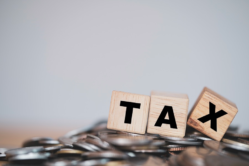