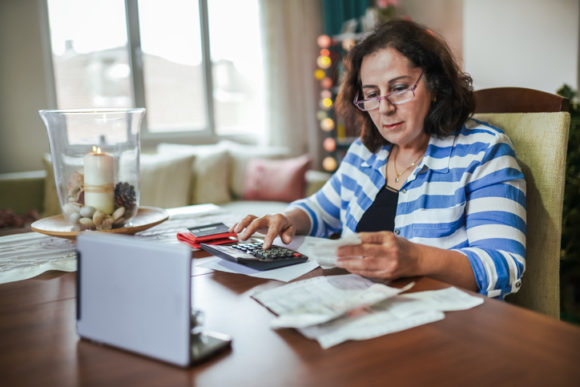 If you have a Department of Veterans Affairs service-connected disability rating of 10% or higher, you are eligible to receive a monthly compensation check from the VA. The monthly compensation payments vary by your disability rating—and if your rating is 30% or higher, the rates increase, depending on the number of dependents you have filed on your claim.

There have been two major changes to this law in the past decade, and some veterans may be eligible to receive their full military retirement pay along with their VA disability compensation. These laws are:

It is possible to be eligible for both of these programs, but you can only receive the additional monetary compensation from one of them. Veterans who qualify for both plans will be given the choice of which they wish to receive when they apply for their benefits. You can also change your election if your situation changes. Concurrent retirement disability pay (CRDP) sends out open season letters annually each December; veterans must select their choice by the end of January.

Disabled veterans who have VA loan entitlement are eligible for a VA home loan. However, all active-duty military and veteran borrowers have multiple requirements to hit in order to fully qualify for a VA home loan, including meeting the service standards and a lender’s specific credit score minimum to residual income and acceptable debt-to-income ratio.

Check if you meet the official VA loan requirements here.

Can I Get Both VA Disability and Retirement Pay?

If your combined disability rating is 40% or lower and you do not have a combat-related disability, then your military retirement pay will be offset, or deducted, by the amount of VA service-connected disability compensation you receive.

Let’s take a look at these special conditions in more detail and run some numbers to show you how valuable these benefits are.

Concurrent Receipt Laws: Until 2004, the law prevented military retirees from receiving part or all of their military pay if they also received disability compensation from the VA. Military members had to choose which payment they wanted to receive: military retirement pay or VA disability compensation. If they chose to receive both forms of payment, they had to offset, or waive, a portion of their military retirement pay equal to the amount they received from the VA. It prevented service members from double-dipping and receiving compensation from both the VA and the military.

In 2004, the law changed, and military retirees were eligible to receive both military retirement pay and VA disability compensation, but only if they had a VA service-connected disability rating of 50% or higher.

Here is how the compensation breaks down if you are eligible to receive both types of compensation:

The difference between a disability rating of 40% and 50% can mean a difference of thousands of dollars per year because the difference comes in the form of the increased disability compensation at the higher rate, along with the full military pension that is not offset by the concurrent receipt laws.

How is Military Retirement Pay Offset by VA Compensation?

Let’s look at an example.

Let’s say our retiree earns a monthly retirement check of $2,000. Let’s also assume he has a VA service-connected disability rating of 40%, and he has one dependent (a spouse). His VA disability compensation would be $673.28 per month (2022 rates; see full rate chart here).

The total amount still equals $2,000 per month. But $673.28 of that is tax-free income. The overall effect gives the veteran more spending power.

You can also see how this uniform method for computing the VA disability offset is easier than awarding retirees a percentage of their pay as tax-free.

The Value of Concurrent Receipts

The main benefit of the VA disability offset is receiving the tax-free pay from the VA. The final dollar amount is the same, but the tax-free portion gives veterans greater spending power.

To qualify for combat-related special compensation (CRSC), you must have a service-connected disability rating that is considered combat-related. Here are a few other eligibility criteria:

The injury doesn’t have to be from direct combat. Disabilities may be considered combat-related for CRSC purposes if they are a direct result of:

Eligibility Dates: Anyone can be eligible as long as they meet the above criteria. This includes military retirees who have been retired for decades or those who retired last month. There is even the possibility of back pay; however, it can only be extended back to the effective dates of the laws, which are June 1, 2003, for those with 20 years of service, or January 1, 2008, for those who were medically retired under Chapter 61 with fewer than 20 years of service.

You must apply with your branch of service. Concurrent receipt is automatically applied by Defense Finance Accounting Service and the VA. The CRSC program is administered by each branch of the military. You will need to complete an application and send in supporting documentation to receive this benefit.

Will Concurrent Receipt Laws be Extended to Everyone?

In a perfect world, all military retirees who have VA service-connected disability ratings would be eligible to receive the disability pay in addition to their retirement pay. Unfortunately, the government budget isn’t limitless, and the current payment methods are being used to help control budgets. Concurrent receipt was phased in over a ten-year period, with veterans receiving incrementally larger amounts of VA compensation added to their retirement pay each year. If the government were to open concurrent receipt to everyone, they would likely do something similar, as it would otherwise be a massive budget increase.

Several military organizations and lobbying groups are working hard to get the concurrent receipt laws extended to all retirees, regardless of their disability ratings, but it has yet to be approved by Congress. The Military Officers Association of America (MOAA) has repeatedly attempted to get the law repealed that requires military retirees to forfeit their military retirement pay to receive their VA disability pay. You can read about their most-recent efforts here. 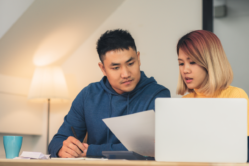 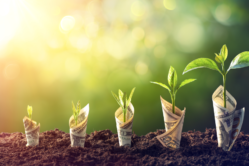