Military and veterans benefits are often seen as overly generous by those who don’t understand what it takes to earn them. While it is true that some military benefits are generous, servicemembers have to go through a lot to earn them. Take military retirement, for example. A military member can retire after 20 years on…
Advertising Disclosure.

Military and veterans benefits are often seen as overly generous by those who don’t understand what it takes to earn them. While it is true that some military benefits are generous, servicemembers have to go through a lot to earn them.

Take military retirement, for example. A military member can retire after 20 years on active duty, and pull down 50% of their base pay for the rest of their life. There aren’t many similar retirement programs anywhere in the U.S. But there is a reason it is so generous – it is incredibly difficult to achieve. Only about 17% of servicemembers remain on active duty long enough to earn a military pension. The job is difficult, and attrition is high.

Injuries sustained in the line of duty contribute to the low-percentage of military members reaching retirement. As military members, we work in hazardous conditions, both in and off the battlefield. Congress and the Department of Veterans Affairs recognize this. That is why they award veterans service-connected disability compensation benefits for injuries or illnesses that occurred or were made worse while they served on active duty. The disability compensation is awarded to servicemembers due to their reduced capacity to work. I don’t think anyone has a reasonable argument that this benefit isn’t earned.

So why write this article?

Because these are two of the three benefits that the Washington Times recently bashed in an article entitled, “Veterans caught triple-dipping on benefits.”

Is There an Issue with Triple-Dipping?

The Washington Times article is written as though veterans are scamming the American taxpayer. Just look at the title – Veterans caught triple-dipping on benefits.

Caught, as in they were doing something wrong. But they aren’t. Everything is within the scope of the law.

A Deeper Look at Triple-Dipping

On the surface, that is a huge number. But the article went on to quote two specific examples:

These are serious illnesses and injuries.

What the article fails to mention is that Veteran 2 receives the maximum special disability award of $85,958. That is only given to severely disabled veterans who require full aid and attendance in their home. In other words, the money is to be used for home nursing care.

The funds aren’t going into the veteran’s bank account. They are being used to provide health care for service-connected injuries.

Budget Cuts Are Important – But Find them Elsewhere

I know the government is trying to balance the books and cut redundancies. But I think they should look elsewhere. The thing is, veterans rely upon their earned benefits, and in the case of the veterans called out by the Washington Times, these veterans are simply trying to hang on to life.

Are there some veterans who game the system? I’m sure there are. But the vast majority of veterans simply want to receive the benefits they earned. They aren’t getting rich off the fat of the land. They don’t want to be labeled as freeloaders. They simply want to go on with life. And for those who are so severely disabled that they can’t work, or that they require hospice care, I think that is the least we can offer them. Without the vitriol and politics, please. We owe them that much. And a whole lot more. 2022 Military Clothing Allowance Rates – How Much Do You Get to Replace Your Uniforms? 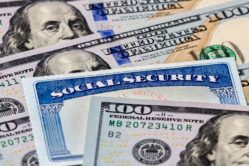 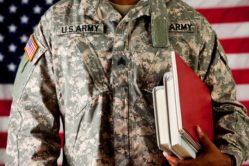