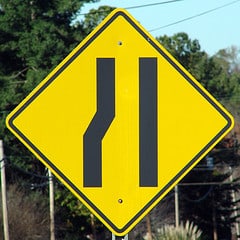 The exception is retirees who have a VA disability rating of 50% or higher, in which case they are eligible for Concurrent Receipt, in which they can receive full military retirement pay and full VA disability pay.

Military retirees qualify for concurrent receipt under the following conditions:

The Disability rating of 50% or greater is the primary qualifier for retirees. If you have a disability rating that is lower than 50%, then you will not qualify for the Concurrent Receipt benefit. However, there are other programs which you may qualify for, including the Combat-Related Special Compensation (CRSC) program, which also replaces the VA disability offset program.

You are eligible for full concurrent receipt of both your VA disability compensation and your retired pay if you are a military retiree who meets all of the above eligibility requirements in addition to both of the following:

In most cases, you do not need to apply for Concurrent Receipt. It should be automatically applied to your paychecks. However, there may be times when your situation changes and the system doesn’t automatically take this into account. In most cases, you will be eligible for retroactive back pay. Determining back pay will require an audit from DFAS and the VA.

DFAS states they will pay any retroactive benefits within 30-60 days of receipt of you’re your first CRDP monthly payment. If their audit determines you should be eligible for a retroactive payment for the VA then they will forward the results of their audit to the VA, which is responsible for making the VA disability benefits payment.

Retroactive awards may also be common for those whose disability claim was denied, then later approved on appeal.

Those who qualify for concurrent receipt are eligible to receive both benefits in full. The value of this is enormous. You can use the Retired Disability Pay Estimator to get an accurate value of your retirement benefit, but we’ll also walk you through an example,

Simplified example: Let’s make a simple example of a retired  E-7 with 20 years service. The base pay for an E-7, according to the 2014 pay scale, would be $4,372. At 50%, the retirement pay would be $2,186. The following chart shows how valuable this benefit is (assuming the retiree elects to waive a portion of his or her retirement pay in order to receive the VA disability pay, which is tax exempt):

Notes about these assumptions:

The Future of Concurrent Retirement and Disability Pay

There has been talk of extending the Concurrent Retirement and Disability Pay benefit to all military retirees with a VA Disability compensation rating of 10% or higher. Unfortunately, the recent budget problems have shelved those talks, and it doesn’t look like that will happen any time soon. In fact, there has been discussion of doing away with the benefit.

As we have seen in recent months, military retirement pay and other military and veterans benefits are under fire. Congress even went so far as to reduce military retirement benefits for some retirees, then later backtrack and restore those same benefits. Concurrent Receipt has been targeted as an area for cutting fixed expenses for retirees. Concurrent Receipt is a relatively new law, having first been approved in mid-2003, and implemented beginning in January 2004. It wouldn’t be a surprise to see this law come under more pressure in the near future. That said, Concurrent Receipt made it through the most recent round of benefits cuts. So let’s hope Congress leaves this benefit alone.

Where to go for additional information: If you have any questions regarding your CRDP payment from DFAS, call 800-321-1080. For questions concerning disability ratings or disability compensation, please contact the VA at 800-827-1000.