Rethinking Serving in the National Guard or Reserves

When I separated from Active Duty in 2006, I was like most veterans – ready for a change. I briefly considered joining the Guard or Reserves, but I got caught up with relocating to a new state, looking for a job in the civilian market, planning a wedding, and everything else that comes with those major life…
Advertising Disclosure.

When I separated from Active Duty in 2006, I was like most veterans – ready for a change. I briefly considered joining the Guard or Reserves, but I got caught up with relocating to a new state, looking for a job in the civilian market, planning a wedding, and everything else that comes with those major life changes. I also had no desire to go back into the field I worked when I was in the service (I was an aircraft mechanic and had no desire to get back on the flight line). And with everything else going on, I didn’t have the time, or desire to go through a long tech school assignment.

After I got married and started my post-military job, I didn’t have the time to make the commitment to the military, if even on a part-time basis. I also had no desire to deploy again, after having deployed five times in a six-year enlistment (not to mention a one-year special duty assignment). I was accustomed to being away from home station as much as I was at home station, and that doesn’t work well with a new wife and new job. 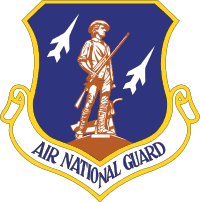 So I put the idea of serving in the Guard or Reserves on the back burner and largely ignored my desire to go back into the service.

It’s been over six years since I separated from the military, and now I am rethinking my stance on the Guard and Reserves*. Right now I am researching the possibility of going back into the service. Many things have changed since I got out of the service, and others have remained the same. On a personal level, I have been married for almost six years, and I have two young children (three years old and seven months at the time of writing). I am also self-employed now, which makes things different on the employment front.

What hasn’t changed is my desire not to work in my previous career field. I also have no desire to deploy, but I understand that comes with the territory, and of course, I am willing to go if called.

(*Note: this article was originally published in 2012 when I first considered joining the ANG. This has been updated since the original publication date for clarity and to add more information).

Why I’m Thinking of Joining the Guard or Reserves

Why am I rethinking this? A lot of reasons, actually. I have missed the military since the day I left it. The two things I miss the most are the camaraderie of being in a unit, and the sense of being part of something bigger than myself. I run this site, and several others as a way of giving back to the military community, but it isn’t the same as wearing the uniform.

There are other reasons I am considering reenlisting in the Guard or Reserves. Benefits are a consideration. I am self-employed, so I have to buy individual health insurance. With no group employee plan available to me, I pay a lot of money out of pocket each year for health care. Joining the Guard or Reserves would allow me to sign up for TRICARE Reserve Select, which currently has a family plan option that runs around $200 per month. My current health care insurance is $750 per month – and we have no preexisting conditions! 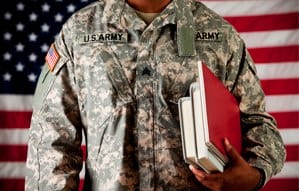 Finally, the military retirement benefits and TRICARE for Life are important considerations. I currently have six and a half years of active duty time, so if I were to make it through to 20 years of service, I would likely end up with enough points to equal around 10 years of service, which would be good for around 25% of my retired base pay, plus the health benefits, of course. Even though I wouldn’t be able to receive the benefits until age 60 (unless things change between now and then), those benefits would have a substantial effect on our retirement planning.

Should You Join the National Guard or Reserves? here is our article and podcast about joining the Guard or Reserves. We cover a lot of ground, including reasons to join, benefits, job opportunities, retirement benefits, and much more!

So What’s the Hang Up?

Why haven’t I done it yet? Again, there are a lot of factors to consider. One, I have a service-connected disability. I had two knee surgeries while I was on active duty, and I currently receive disability compensation from the VA.

It is actually possible to join the Guard or Reserves while receiving VA disability compensation, but there are certain rules about it and I would need to go through a physical at MEPS to first be cleared as physically fit for service. This means I would need medical waivers to serve again.

The other issue is finding a job. I was a SSgt in the USAF (E-5) when I separated from active duty, and I would only consider joining the Air National Guard or Air Force Reserves, so I wouldn’t have to worry about losing any rank. However, I would prefer not to go back into my old job, so I would need to find a unit nearby that has a job I would be qualified to do, and one that will have an opening for a part-time position and allow me to cross-train into the career field (some Guard and Reserve billets are for full-time positions, or are only available to prior-service members with previous experience in that career field).

What’s next? At this point, I am still in research mode. I recently contacted an ANG recruiter at a nearby base for more information and I forwarded him my DD-214 and my VA disability letter. He is in the process of setting up an appointment with a nearby MEPS station where I can go through the physical process to determine whether or not I will be cleared to serve.

From there we will look at available jobs and see if there is a good match. If there isn’t a match at that base, then I will extend my search and look at jobs at other nearby bases. There are four Air National Guard bases within a three-hour drive from my home, and an ANG and Air Force Reserve station about 4.5 hours from my home. Among those bases, I should have options if I am qualified to serve again.

Of course, my wife and I would still need to talk about everything. I don’t make any life decisions as important as this without her approval. I think she knows that I would serve again if I am able, but it’s still something we would need to pray about and discuss. The possibility of being away from her and our two girls would be very difficult for everyone. But I know it would be much more difficult for her, and that isn’t something I take lightly.

Update: I was finally able to join the Air National Guard – almost exactly two years after publishing this article! It was an interesting journey, which you can read about here. Keep the faith if you have a desire to serve again. The path may not be easy (mine was not), but it was worth it! 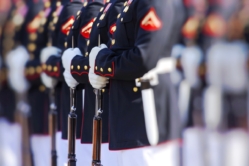 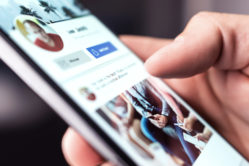 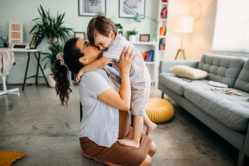