The proposed Defense Budget includes a 3.0% pay raise for all military members, including members of the Guard and Reserves. We have made this 2021 drill pay chart based on the 2020 Drill Pay chart combined with the 3.0% pay raise. It’s important to know that the pay raise is only a proposal until it…

The proposed Defense Budget includes a 3.0% pay raise for all military members, including members of the Guard and Reserves. We have made this 2021 drill pay chart based on the 2020 Drill Pay chart combined with the 3.0% pay raise. It’s important to know that the pay raise is only a proposal until it is voted into law. If approved, the new pay charts will go into effect on January 1, 2021, and you will see them in your first paycheck of the year, which should go out on January 15, 2021.

The 3.0% pay raise comes on the heels of a 3.1% annual cost of living adjustment for 2020, which was the largest pay raise since 2010. Here are the active duty 2020 military pay charts to see how much your pay has increased by dollar amount.

How to Read These Drill Pay Charts:

These drill pay tables apply to members of the Reserve Component (collectively, the National Guard and Reserves). These charts only include basic military pay and do not include non-taxable allowances such as BAH or BAS.

Active duty military members and activated members of the National Guard and Reserves are paid on the 1st and 15th of each month, with the exception if when those dates fall on a weekend or holiday. If so, you will be paid on the preceding business day. Traditional members of the Guard and Reserves may be paid on a different schedule, depending on when they serve their drills or perform various duty assignments. Drill checks usually arrive within a week or so after performing your drills. You can contact your finance or accounting office for more specific details.

Here are the 2020 drill pay scales for officers, prior-enlisted officers, and warrant officers serving in the National Guard and Reserves.

Here are the drill pay charts for enlisted members of the National Guard and Reserves.

Guard and Reserve members typically serve “one weekend a month, two weeks a year,” though in practice it performs exactly as described.

Your drill weekend is comprised of 4 drill periods of 4 hours each (two per day). During this time, you will receive pay and points for 4 drill periods.

Here is how your drill pay works: 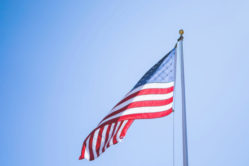