Subway does not have an official military discount, however, some franchise locations may offer a discount at the owner's discretion.
Advertising Disclosure. While Subway does not have a corporate military discount policy, you may find deals at your local Subway franchises. Contact your closest store to ask if it has any Veterans Day Deals on Nov. 11, 2022.

If your Subway doesn’t have military discounts or participate in Veterans Day or Memorial Day promotions, there are plenty of other restaurants that do. You can check out some of the best deals out there in our article here.

Individual franchise owners set policies for their Subway restaurants, including military discounts. Everyday discounts and Veterans Day deals may vary by location. Many stores located on or near military bases offer military-friendly promotions. Call ahead to see if your local restaurant has any offers. Teacher, medical and first responder discounts may also be available.

Buy One Get One Free Subway Sandwiches

While Subway does not have a specific veterans day offer this year, guests can buy any footlong sub and get one free when ordering ahead, according to Subway spokesperson Paige Hyman.

To get the discount, just enter the promo code FLBOGO on Subway.com or on the Subway app.

What You Need to Take with You

If your Subway does offer a military or Veterans Day discount, you’ll need to show proof of service. Below are a few commonly accepted forms of identification:

While you may not find a military discount at your local Subway, prospective veteran business owners can still get a great deal.

Subway waives its $15,000 franchise fee for honorably discharged veterans who open restaurants in military or government locations, including military bases, according to a 2015 press release.

Veterans seeking to open a Subway restaurant in a non-government or non-military location can get a 50% discount on the franchise fee.

The process of signing a franchise agreement, getting the location approved and opening the restaurant can take anywhere from two months to a year. The first step is to fill up the franchise application form.

You can learn more about veterans who’ve opened their own Subway franchises here.

At The Military Wallet, we try to keep you updated on military discounts, updating our posts on Veterans Day retail discounts as well as events and attractions. Take a look around and find the best discounts for you. 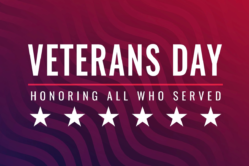 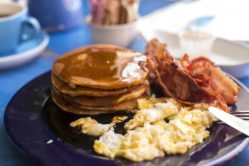