Many civilians commonly assume that people “retire” from the military when they leave the service, which isn’t always the case. Receiving a discharge, or separation, is not the same thing as military retirement.  A military discharge is simply defined as a military member being released from their obligation to continue service in the armed forces.…

Many civilians commonly assume that people “retire” from the military when they leave the service, which isn’t always the case. Receiving a discharge, or separation, is not the same thing as military retirement.  A military discharge is simply defined as a military member being released from their obligation to continue service in the armed forces. A discharge relieves the veteran from any future military service obligations where as a retired reserve individual may be called back to active duty.  A separation from the military can be voluntary or involuntary, and may leave additional unfulfilled military service obligation that will need to be carried out in the Individual Ready Reserve. It’s important to note that there are several types of military discharges, and these can have a profound impact on a veteran’s ability to receive veterans benefits, serve in government employment, reenlist in the military, and more. 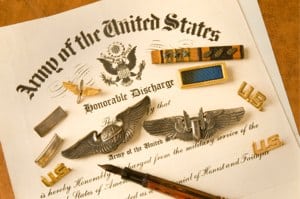 If a military service member received a good or excellent rating for their service time, by exceeding standards for performance and personal conduct, they will be discharged from the military honorably. An honorable military discharge is a form of administrative discharge.

Other Than Honorable Conditions Discharge

The most severe type of military administrative discharge is the Other Than Honorable Conditions.  Some examples of actions that could lead to an Other Than Honorable Discharge include security violations,  use of violence, conviction by a civilian court with a sentence including prison time, or being found guilty of adultery in a divorce hearing (this list is not a definitive list; these are only examples).  In most cases, veterans who receive an Other Than Honorable Discharge cannot re-enlist in the Armed Forces or reserves, except under very rare circumstances.  Veteran’s benefits are not usually available to those discharged through this type of discharge.

The Bad Conduct Discharge is only passed on to enlisted military members and is given by a court-martial due to punishment for bad conduct.  A Bad Conduct discharge is often preceded by time in military prison.  Virtually all veteran’s benefits are forfeited if discharged due to Bad Conduct.

If the military considers a service members actions to be reprehensible, the general court-martial can determine a dishonorable discharge is in order.  Murder and sexual assault are examples of situations which would result in a dishonorable discharge.  If someone is dishonorably discharged from the military they are not allowed to own firearms according to US federal law. Military members who receive a Dishonorable Discharge forfeit all military and veterans benefits and may have a difficult time finding work in the civilian sector.

If an individual leaves the military before completing at least 180 days of service, they receive an entry level separation status.  This type of military discharge can happen for a variety of reasons (medical, administrative, etc.) and is neither good or bad, though in many cases, service of less than 180 may prevent some people from being classified as a veteran for state and federal military benefits.

How to Upgrade a Military Discharge

In some situations, you may be eligible to apply to have your military discharge upgraded to a higher rating. However, despite, the rumors, there is no automatic upgrade process. You must apply to have your discharge upgraded by downloading DD Form 293 –Application for the Review of Discharge or Dismissal from the Armed Forces of the United States. You must then submit the form to the Discharge Review Board within 15 years of your discharge. If your discharge was more than 15 years ago, you must request a change to your military records. Here is more information about military discharge upgrades. It is a complicated process, and one that is often best done with the help of legal assistance.

How Military Discharge Information Should Be Used for Job Interviews

This information should be used as a reference only – especially if you are an employer researching a job applicant. Due to legal issues surrounding Equal Employment Opportunities and related laws, one should be careful in the interview process. It is generally illegal to ask which type of discharge a military veteran received, unless it is to ask whether or not an applicant received an Honorable or General Discharge if you are ascertaining whether or not the applicant qualifies for veteran’s preference. Read more about illegal job interview questions.

However, even if the veteran did not receive one of these types of discharges, it doesn’t necessarily mean they were discharged for bad conduct, as the reason could have been a medical discharge or other administrative discharge. It is usually best to keep the line of questioning centered around the job applicant’s experience and qualifications. For example, you can ask them if they have military service,the period of their service, rank at time of separation, type of training, leadership, and work experience, qualifications and certifications, and anything else relevant to the specific position for which they are applying. See your Human Resources office for more information. 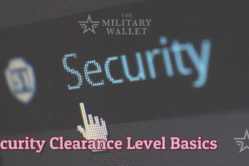